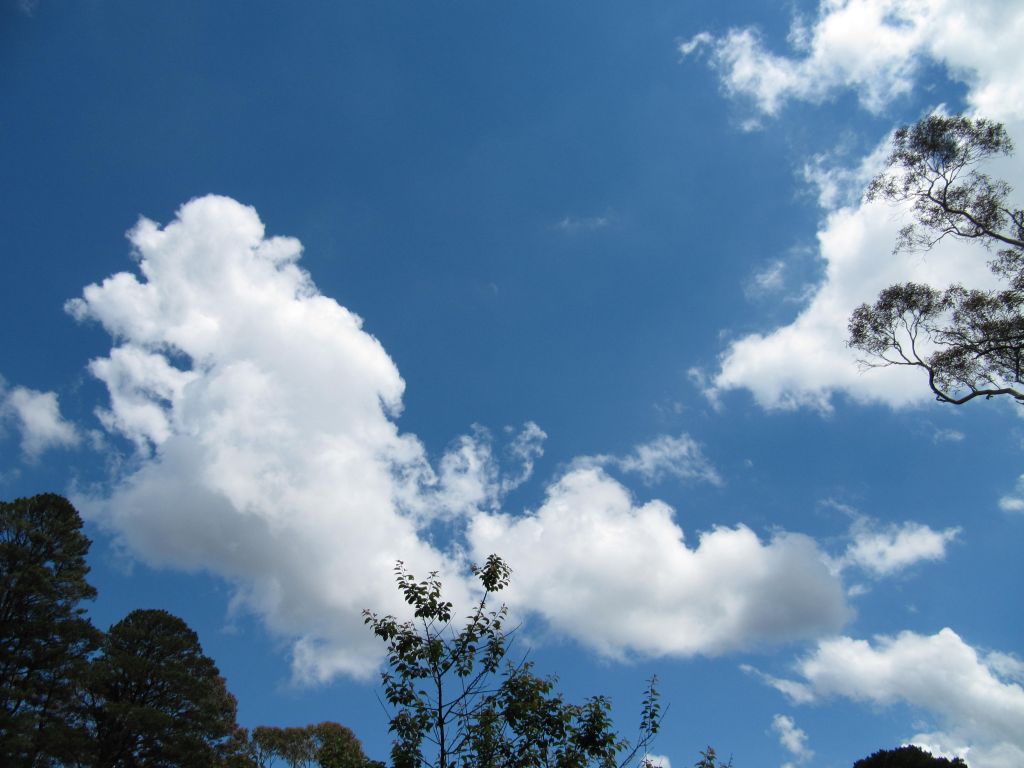 Of course, I?ve always known clouds were there, but I can?t think how long it is since I took time out to watch their intricate swirls shape-shifting and sky surfing.

It?s not only therapeutic but creative, and while I watched one cloud jigsaw merge and meld a poem formed too. 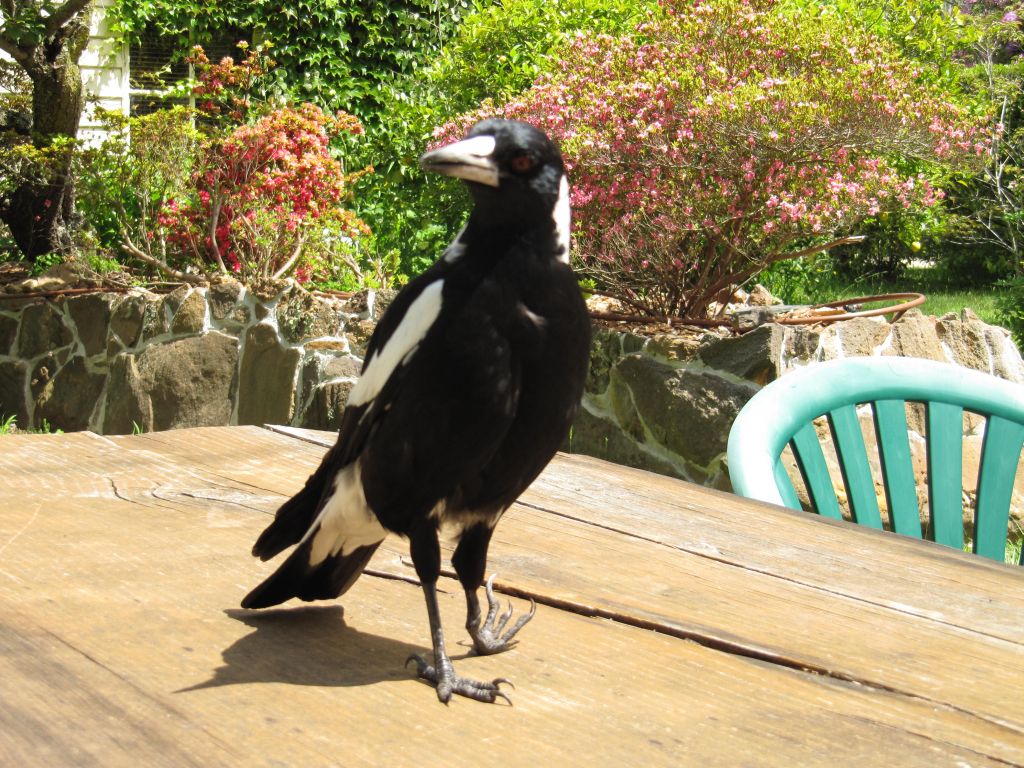 I?ve made a little friend at Varuna. Maggie appears whenever I go outside to write, and then he jumps up onto the table to say hello. Poor little guy has a twisted foot, but it looks an old injury and he?s quite agile and chirpy.

Are you my muse here? I ask him. He doesn?t answer, but I suspect so because immediately he went about his business, a poem began to form?(not about him) and the words flowed.

Easy to do here. And I?m rapt that over the past two days I?ve put a lot of work into the chapter I?ve turned into a short story, written two poems, focused on working in some action and dialogue into a couple of the slower narrative sections of my novel and rewritten two short scenes. 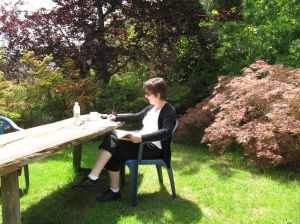 Never having to stop to cook tea works well for me, because often my most creative bursts come either first thing in the morning or late afternoon.

It’s very much an ideal?writer’s life here at Varuna.

Hi Chris,
Glad you’ve been inspired by the drifting clouds and your new muse , Maggie. What an idyllic place for a writer!…Karen :))

Hi Karen. Just found out Maggie isn’t always so friendly, luckily he’s happy to be mates with me. 🙂