There’s nothing like the sound of graders and diggers jack-hammering into rock to send a  writer out of the house and into the “real”. 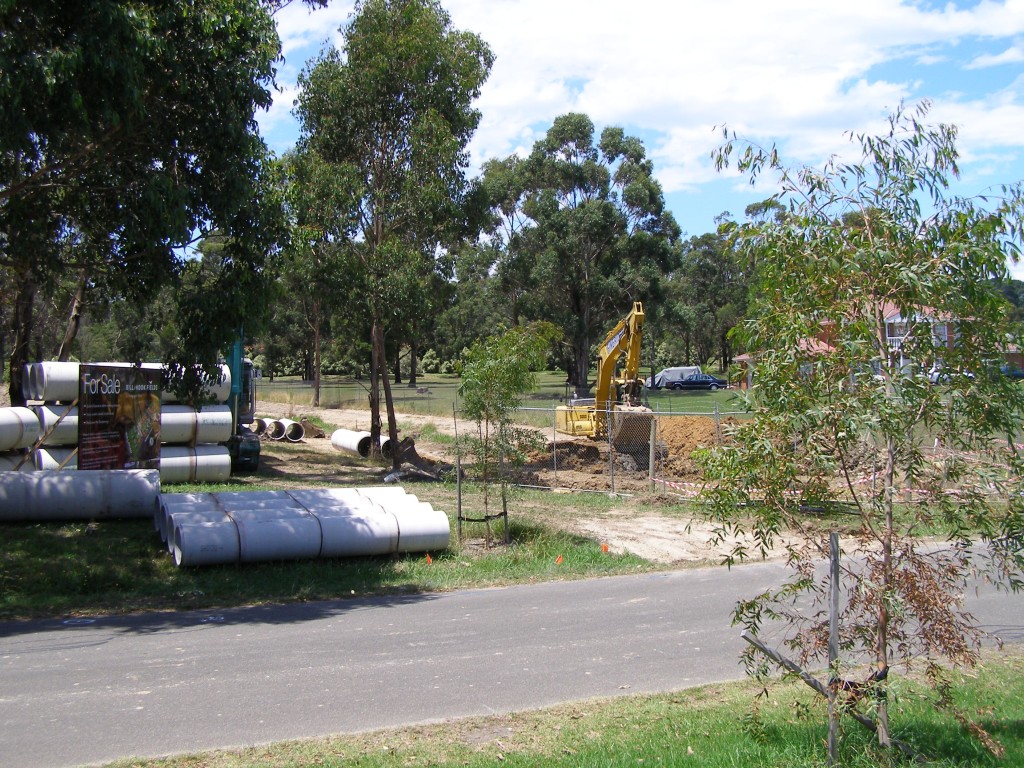 They’re laying new pipes and digging up old drains in the land across from our street. Tearing at my solitude and banging in my headspace.

Sending me out to write in the world out of doors. What a treat! One I forget that I can easily have – anytime – instead of sitting within the same four walls. Today, I rediscovered writing out of my normal environment is also a great idea generating activity. One I intend to utilise more in the future. (And I might need to, if only to escape and preserve my sanity while the new estate goes in over the road.)

Have laptop, and/or notebook, can travel. And where better than to the park on a day like today. Warm and sultry and lulling. SNAP. Into the writing, please. That’s what you’re here for, not to snooze and daydream all day. Oh, scratch that. Daydreaming is good. I’m a writer. I’m allowed to daydream whenever I want – it’s called working for us writers.

Yet, how often was I told as a child to get my head out of the clouds? Oh, what brilliant novels might I have written already if my head had stayed up there imagining all these years. Anyway, time to get those daydreams down. On with it now.

Ideas abound all around the park. 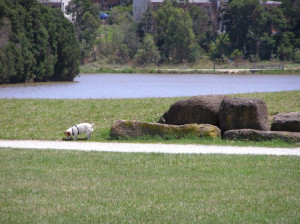 From that dog over there – off his lead – sniffing all the wonderful smells and checking out who’s been visiting before him. What stories he could tell.

To the ibis wandering around the picnic tables, waiting on crumbs. With such a long beak, I bet that fellow’s ventured into many a body’s business. I’m sure he could tell some tales. 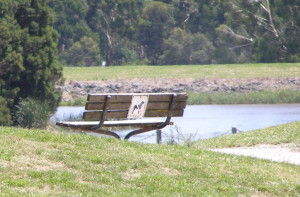 If ideas enough aren’t found in nature, look at the old man sitting on the bench in his old scaffy suit coat on such a warm day. His shopping bags don’t look much like they hold groceries. What stories lie behind the deep grooves in his cheeks, dark with ingrained dirt. What life has he led? Once upon a time did he have a small boy who called him daddy and wanted to grow up just like him? What happened in between?

Or the lady gardener wrenching around the hose on her weed spray with such ferocity like she’d like to pick it up and strangle someone. Who’s she mad at? What was the screaming match about before she left home this morning?

And why is that icecream vendor scowling out his window inviting the customers closer. Not! What does he go home to? Who is not waiting for him at day’s end? Is that why he trundles around the streets into the evening playing his shonky tunes? Why doesn’t he want to go home?

Do you ever write in the real? Where do you go? How does it change your writing? Do you take your laptop or write longhand? Love to hear your thoughts, just leave me a comment.

Here’s what I’ve done, Chris. Because I don’t have young kids, nor grandchildren, (yet!) if I can’t borrow a friend’s kids, I’ve tried turning the clock back. I sometimes go to a park and slide, swing, climb a tree, roll down a hill, anything to remind me of my inner child. One of my favourite places is under our dining table, with a cloth pulled down to make it a cave. That is a good “real” for me.

Fantastic ideas, Book Chook. I remember “caves”. Every school holidays we had caves under the kitchen table, and blankets strung over couches etc making secret hidey holes. The kids adored them. One little person even fell asleep inside one time and I couldn’t find him. I haven’t ventured into a “cave” for many years. Thank you, you’ve inspired me. 🙂 Chris