Charlotte Bront? and Me ? Publishing then and now 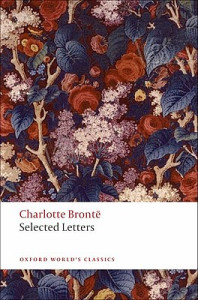 I’m reading Charlotte Bront? Selected Letters (Oxford University Press 2010). It’s reassuring to learn that Charlotte and her sisters went through many of the same travails to get their work published as we face today. They even had to make up pseudonyms and change their sex to be taken seriously. Then, with Wuthering Heights and Agnes Grey just published, poor Emily and Anne Bront? both succumbed to consumption within months of each other, before ever seeing their works acclaimed.

Family tragedy aside, it?s somewhat comforting to me?that Bront? ?faced the same fears waiting on responses or acceptances and harboured the same insecurities over whether her work had merit; or if anyone would want to read what she had to say.

Though Bront? writes of her own work with great humility,?it?s obvious from the way she states her opinions in reference to other works and writers of the day in her letters?that she held more?belief and confidence in her place as a writer and the merit of her writing than her words often bespoke.

Back in 1847 the publishing process seems much the same, even down to query letters when Bront? wrote to a publisher requesting ?permission to send for your inspection the M.S. of a work of fiction?.

It seems self publishing was in vogue too with Charlotte later lamenting, the three sisters, writing under the pseudonyms Acton, Ellis and Currer Bell ?heedless of the repeated warnings of respected publishers, have completed the rash act of printing a volume of poems?.

I laughed to read her summing up of the outcome:

?The consequences predicted have, of course, overtaken us; our book is found to be a drug; no man needs it or heeds it; in the space of a year our publisher has disposed but of two copies, and by what painful efforts he succeeded in getting rid of those two, himself only knows.?

Works of many current day writers suffer similar fates, no doubt. I don?t know if we?re all able to face the facts as honestly as Bront? does. She recognises her early works as not her best, and better to come. As?they did.

Bront? suffered disappointment in works she loved and believed in too. She tried in vain to find a home forThe Professor, a novel she revised three times, but the work was not picked up until published posthumously in 1857.

Small flags filter through some of her rejections, with remarks relevant today, such as ?for want of varied interest?. A truth especially current when even the most brilliant manuscript may not make it if not enough readers are deemed likely to pick it up and buy it.

Publishing in the 1840s must have been super efficient and fast, even with the convoluted process of book manufacturing. Bront? submitted Jane Eyre on the 24th August 1847. A letter written by her on the 12th September 1847 declines to revise the mss a third time claiming ?were I to retrench, to alter and to add now when I am uninterested and cold, I know I should only further injure what may be already defective.? I?m not sure many publishers would allow we writers today the same claim to get out of a rewrite or revision.

Convoluted process from typeset to print, or not, Bront? received her six copies of Jane Eyre ?on the 19th October 1847, some five weeks later. She was initially offered and paid ?100 for the copyright, to which offer she responded,

?one hundred pounds is a small sum for a year?s intellectual labour, nor would circumstances justify me in devoting my time and attention to literary pursuits with so narrow a prospect of advantage did I not feel convinced that in case the ultimate result of my efforts should prove more successful than you now anticipate, you would make some proportionate addition to the remuneration you at present offer. On this ground of confidence in your generosity and honour, I accept your conditions.?

The publisher later added sums to make a total of ?500 for the copyright of Jane Eyre. Sounds to me, working it forward to what the same sum would equal today, that Bront? would have made many times more than a current day author would be likely to. I think even the ?100 would have set her well beyond the standard advance and print run in 2011 for a newish author.

So things change, and much stays the same. Charlotte and me, we?re hanging in there. She?s way ahead of me in sales though. Love to know what you’re reading and if it’s proving inspirational? You can let me know by posting a comment.

Just for fun, Making Books is a fascinating look back at the book manufacturing process in 1947. Click on the arrow to enjoy.

Thanks, Corinne. The letters are a fascinating read too. 🙂 Chris

I’m going to check out this book Chris. This is a fascinating post – I often wonder if it would have been easier in earlier times (not quite THAT early – but say 50 years ago). I think there are positives and negatives for both times. Like you though, I figured 100 pounds would have been a reasonable sum in 1847. 100+ years later – in the 1950s, my parents paid 15 pounds for a block of ground. I think (as the story goes) that it cost about 100 ponds to build their first house.

However, I applaud her valuing her work so highly. She was a trail blazer and we need her here today!!!

Glad you enjoyed the post, Kerri. (I think you’ll enjoy the book too.) I applaud CB very much. I’m not sure how far her attitude might take her in publishing today though. I guess one of the biggest differences between now and her time is the number of writers writing – so much excellent competition.

Hi Chris,
Thanks for this insightful look at publishing in the 19th Century. Intriguing.
Comforting to know that the Bronte sisters had similar issues to what we have as writers :))

Thanks, Karen. I was fascinated with the parallels.

Stella Miles Franklin, currently the subject of my reading, also suffered the woes of her gender and of writing. I’m not sure whether or not it’s heartening to know that we share the challenges.

At least we know with the difficult path to publication across centuries that persistence and serving the apprenticeship of craft works. Keeps me hopeful and inspired. 🙂 Chris

Me too. And love the animated (!) commentary as much as the process. 🙂

Chris,
this post is so interesting.
I’ve always loved Charlotte Bronte, and her comments further my admiration for her. I love how she refuses to make any more changes, and in such a delicate but firm way.
I’ll look out for the book.
I read a lot of author biographies/letters.

Thanks, Alison. Reading the letters is inspiring me to seek out some author biographies. Look forward to chatting with you on ones you’ve enjoyed or gained from most. 🙂 Chris