Character Tracking: Help, two of my characters are missing?

Where do characters go between chapters when they don’t appear in those chapters?

Are they standing just off-stage? It seems a couple of mine nipped completely out of sight (and mind) and one forgot to come back at all. Problem was they didn’t even send a post card? Or wave and say, hey, I’m still around, just not centre stage. 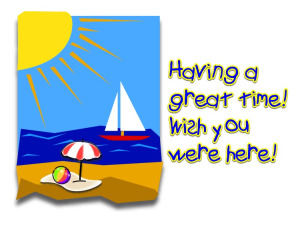 An astute crit buddy and reader handed back my manuscript yesterday, and calmly told me two of my characters had gone AWOL.

I hadn’t even noticed they were missing. Fortunately, they’re not going to be hard to find because, really, I know where they are. And what they’re doing. I just forgot to tell  the reader.

My mss reader attached to the missing characters. She wanted to know why the daughter never considered her absent father, whom she loved, yet gave thought to her absent mother. And why when she moved away from a significant, loved friend did she not think or mention her again?

Some characters, important to the reader, merit being given another thought or mention, even if we don’t see them appear in the story again. At least let the reader know what happened when the husband who was away at war returned to the wife we’ve met. We don’t need to go visit them, but a quick reference will satisfy the reader that things turned out or didn’t for that character.

This valuable feedback alerted me to some important considerations when working with a manuscript covering a span of years and multiple characters.

So how do we keep track and be less careless about losing our characters. I’ll share a couple of strategies I’m going to try for this manuscript.

TIP 1: Ask what is everyone else in the story doing while your main characters and focus are elsewhere. Is it relevant? Does the reader need to know?

TIP 2: Use a style sheet to track multiple characters. Map which chapters they appear in. If they don’t get a mention in consecutive or future chapters, interrogate does it matter? Even if a character goes deliberately missing for most of the story, does anyone need ever think of that person again?

Some characters fade out and are never missed. That’s fine too. Tracking them though alerts us to whether it matters.

Have you ever lost a character? Do you think to look for them? I’d love you to share any strategies you may have for keeping track of your unruly characters’ whereabouts. Please feel free to post your comments.

I keep a file on the computer which has all the current details of each character.

Looking back through my notes I can’t believe how much mine have changed and evolved since the first time they appeared on the page.

Great ideas, Chris. And so obvious once you’re alerted to the fact that a character is conspicious by his/her non-appearance.

I had a similar problem with one of my stories – told through the viewpoints of 4 different characters (one of them is a talking cockatiel). The only way I could sort it out was visually – a different coloured post-it note for each of them. Every chapter they featured in, I used their colour.

Then, I could see instantly when Macbeth (the bird – who is an important character) hadn’t popped his beak in for a while when he should have. 🙂

Colour coded post-its for different characters is a great way to track their whereabouts and appearances. Look forward to reading about Macbeth.

Great advice Chris and very interesting to think about.

Thanks, Corinne. I found it interesting to ponder when alerted to it too. Chris.

'There is a disconnect between the value our community ascribes to Australian books and the sustainability of authors' careers,' ASA CEO Olivia Lanchester writes in The Australian, calling for investment in our authors

'In the past decade, the government has reduced its expenditure on culture by almost 20% and decreased its investment in literature through the Australia Council by 40%. Funding for literature now stands at about the same dollar level as in 1990-91.'