When is a Novel Ready? 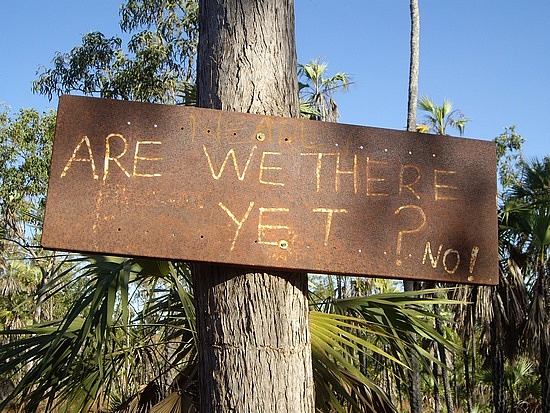 My novel has been nearing cooked for awhile now. I’m on what I hope is my final redrafting. Some readers have told me it’s “that” close.

But… in the past two weeks I’ve found two contradictions that no one has picked up on in all the previous edits and reads, especially not me. i.e. in one chapter my main character lights the gas lamp, two chapters later she flicks on the light switch. (Early days of electricity and they had it in some houses but not in others. This instance was unfortunately set in the same house. Sigh.)

So am I much further away than I think, or is it simply that writers have to work through all the editing layers for certain problems to reveal?

I think so. I always find it amazing the different types of problems I find in each fresh edit.

For me, it’s always like the miniscule things slip through the many reads and drafts because I’m looking at story development first, and then for things like language, consistency, characterisation, pace, rising tension, balance, scenes, dialogue, narration etc. So many levels and layers before certain obvious or minor issues may jump out. It works the same for finding pieces of info or small incidents that come too late or out of order.

A crit buddy is advising me to set aside what she calls my usual pursuit for perfectionism. And I suspect she’s right. I want this manuscript to be the best it can be, but I don’t want to edit it to death either. I want to stop while the natural and unique voice, my beta readers all love, is still spontaneous and fresh.

It’s imperative it be the best it can be because I don’t want to waste one opportunity with any potential publishers or agents.

It’s thrilling to think I’m nearly there. And terrifying. Three years is a long time and this novel has seen some major and painful interruptions in its birthing.

I strongly believe now that the quiet and deep grief in losing Mum enabled me to write some of the harsh and passionate scenes of loss in my story with a greater power and empathy. It enabled me to tap into a grief I’d never known previously.

I’ve been blessed with a very happy childhood, marriage and children. My life has been fortunate and blessed in so many ways. I am so lucky to have lived the life I wanted and dreamed of, my one wish is that I’d started writing earlier.

Of course, writers write from imagination and we don’t need to live something to write about it, but I do think the heartbreaks and fears of the past three years have rounded me as a writer and brought a far greater ability to feel my story at a level I suspect I would not have had circumstances been different. (Much as I wish them so.)

I’ll never really know how much events influenced the evolution of my storyline. I do know my resulting novel is a powerful testament to women’s strength in a tough era where death and suffering were a given part of life. Stoicism was expected and vital for women in order to survive and endure.

I’m getting some advice from a professional editor on whether it needs a structural edit. I’m way too close now to tell. So much is working, but am I missing something? I’ve written this novel with a huge passion, but always intending for it to be published. I want it to be read. Breaking in to get a first novel published through a mainstream publisher is harder than ever. I want this novel to be the best it can without overworking it. It’s time now for a professional opinion.

Then I’m sure some rewriting – one last draft – a resting period. A final read through, and then, I’ll begin the submission process, which I’m already formulating to target publishers, and seek an agent.

But that’s another blog for another day.

It’s sooo… close, you will never get it perfect. I have heard some writers say they can’t read their book once it is in print – because they’d be wanting to change things. You will know when it’s time.

And, you’re absolutely right. I don’t think books are ever truly finished for the author. I guess there’s always things we would wish to do better or different. I don’t read my children’s books after they’re published , except once to check for errors. Months or a year later, I always see another way, maybe not better, but a new path, idea etc to try.

Hi Chris,
I Loved this article and your thought provoking questions.
All we can do as writers is to put our novel through the most rigorous cross-checking process possible AND send it out to Beta readers for critique and feedback.
Your friend Elizabeth thinks its ready. What do you think?

I always like to leave a story for a few weeks and thn come back to it with fresh eyes. However, sometimes you have to pick a pope… um, send the ms off to avoid having the roof taken off… um, to avoid the ms outdating itself. As for your experience with your mum; it parallels mine. My mum died in 2009 also. She named a main character in the story I began to try to give her something to think about. When she died, I gave up on the book and then this year I thought; that’s no way to treat “Mum’s book” so I got to and finished it. Now comes the looooooonnnnnnggggggg wait.

I think the leaving and coming back with fresh eyes is always best too.

I’m so glad you got back to and finished your “mum’s book”. How fabulous that she named a character. What a lovely idea.

I think it’s very close. I’ve had/am having some trusted writers/readers critique it and the added value of workshopping with my RMIT Masters group. I’m opting to get a professional opinion now rather than doing the rigorous cross-checking. Hard to explain but I’ve tried to allow this novel to grow as organically as a planner can. To me it’s working on so many levels and I am loathe to start checking the boxes that may fulfil all the criteria but maybe in the process edit the heart out of it.

I’ve heard lately, it’s become a danger and publishers commenting they’re finding mss arriving over-worked – too polished. So can we win?
I’m too close to say now, so time for a professional opinion.

Chris, I think you need to leave it a week or two , look again and then send it out- a publisher will always guide on the finer points- they will see the gold even if there are a few glitches- it’s the story that matters and if that excites you then it will excite the publisher- there comes a point when you need to send the manuscript out to ‘stand on its own two legs’. best of luck- I’m sure it will sing!

Thank you for your excellent advice. If it comes down to story, I’m hoping TTOT will excite the publishers as much as it does me. I have been more than a little in love with it. 🙂

Yes, all totally natural emotions I think Chris. There is also the fact that perhaps one part of you, doesn’t really want to part with it – quite yet.

I think you’ve nailed it. I’m sure there is a part of me not ready to let go. But, the whispers beginning to grow for a new idea are loosening my mind and heart, hopefully towards a story I can feel half as passionate about. (Though I’m hoping even more so.) That last line tells me I’m not quite ready yet.

You know what I think! Set Maire free……she has a life of her own now. G

Maire is just waiting on her official exit doc’s and resting up for her journey, before I check her baggage one (very quick) last time.

Soon, soon. The tugboats are in line.