End of a Passionate Affair

The relationship is almost over. The writing is on the wall, or should I say the page. Love affairs. Knowing they’re over and accepting, so difficult. Being ready to let go, harder. 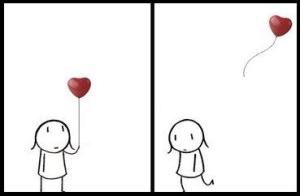 You see it coming, but hang on. Hardly believing after so long together it can possibly be coming to an end. You’ve given so much time, laughed, cried and gone through so many struggles together. Actually you’ve been through some really tough stuff.

Births, deaths, migrating to a new country, marriages, a plague and a war that’s raged both abroad and on the homefront. With so much understanding of every facet of the relationships, and the personalities involved, every intricacy of their lives, why is it over?

Because it’s done. And, time to move on.

Of course, I’m not leaving my husband. But I am fast approaching the end of the writing side of my novel. I can feel it. After three years of absolute passion, it’s happened quite suddenly.

Over a cup of tea, in fact. In a single thought. As if looking across the room and catching the eye of an attractive stranger. Eyes met; a spark ignited. My fickle heart and mind turned. That fleeting idea, the one I locked out of my heart and mind – too full with another – crept back and caught me unawares. BUT… Really I know the window opened because my other love is preparing to take wing and fly out into the world.

So it’s all mixed up with the excitement of looking ahead, but a measure of sadness too. 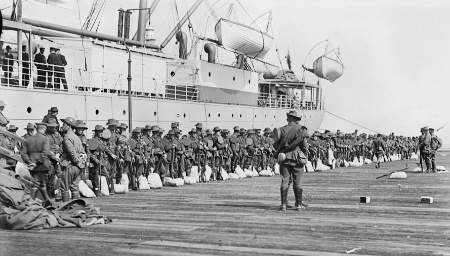 Letting go is hard. I’ve loved these people with a passion. I’ve cried over them. Smiled over them. I’ve lived the era in the clothes, the foods, the language, the life. I’ve been through a World War, and become engrossed in the times. I’m passionate about the era as one can only be when one doesn’t have to endure the pain of watching those you love go to fight, and of those not coming home, the food shortages, the prejudices, the hardship and simple joys, never knowing when it will end or who will be victorious.

The whole affair has been as passionate as a marriage. It’s occupied more of my thinking, doing, planning time for three years than my husband. I know he’d say the same. The characters enter my conversation as naturally as friends and family, and I guess only a writer’s family would understand how that can happen. To anyone else it would be too weird how much your fictional family can mesh and merge into your everyday life.

Maybe every writer isn’t the same, but I can’t leave Maire and Liam, Maw and Da, Joe, Tom and the rest of them in my office. I hardly know how I’ll bear to wave them off and say goodbye.

I’m excited for them to go out into the world in the next few months, but I can’t help a tinge of sadness to know that characters I’ve been so deeply connected to all these long months will no longer be central to my every day.

It surprises and delights me in creating fiction how where once nobody existed people appear, people with likes and dislikes, personalities, relationships, parents, friends, passions and fears. They have homes and lives and dreams. It is the joy of creating story. Out of nothing comes a world. Where once nothing existed, there is life. Not reality, but something so tangible it might be real. And to the writer almost is. I hope I can share the passion of these lives with readers.

On the turning tide, I feel almost traitorous that there’s a tingle of anticipation like I’m plotting an illicit affair. A couple of names have come to mind in the past few days. Time taken to dash away and write notes. The invitation is open and out there.

I’m hoping that my next affair, I mean story, will grow a world of characters with lives I can live with happily and bring into my family with all the love and passion I’ve felt for those in TST. 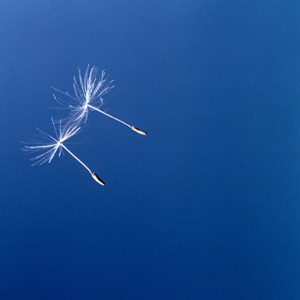 In the meantime, I’m hoping to not become totally besotted until I clean out a few cupboards, prune the roses, paint a wall or two and catch up on all the things, I’ve been ignoring for the past eight months while I’ve worked to finish this novel. I want time for some fun too. Though I’ll drop everything if a publisher offers me a contract and wants some rewrites.

I know this is one affair that will never truly be over. If only to talk about, hopefully at writers’ festivals. I know the passion will always still be right there.

Wishing your story wings to fly, Chris. I know it must be special – and so did lots of other people when you pitched it on the SCBWI Sydney conference. All the best! 🙂

Thank you, Sheryl for your big vote of confidence. Here’s hoping it will fly high and take wing in many ways.

Lovely blog. You describe the feelings so well. I think of it as ‘sweet sorrow’ – thanks Shakespeare – and thank you to you too x

“Sweet sorrow” is a wonderful simile for the feeling. Perfect.

Thanks for sharing this wonderful achievement. I’m saying congratulations, because that’s what should be said. Enjoy pruning the roses, cleaning the cupboards and whatever else you feel you need to get done.

Thank you for your lovely congratulations, Corinne.

My good intentions are already being interrupted by Googling new ideas and era, but the pantry, wir and fridge are done and roses pruned. I can never leave it alone for long. Perhaps a tropical island is the go, with no technology! 🙂 C.

Congratulations Chris! A wonderful achievement. Here’s a toast to you, celebrating this achievement and looking forward to the next stage.
Claire

Thank you, Claire, for your toast and good wishes.

I’m excited to be into the next stage. 🙂

Fabulous Blog, Chris.
I can sense the passion you feel for your story and for your characters. Its jumping off the page.
Love Olive’s photo giving you and Marie’s inspiration.

Wishing you well on the last legs of your journey :))

Isn’t Olive divine? Such a sad story there.

Thank you for your good wishes. I’ve absolutely loved this journey.

Chris, what an explanation- almost like a 21st, engagement, wedding(speech)- where you’ve lived with the characters for so long- they have found their own way in the world- may they soon be embraced in the same way as you have lovingly created them, in other people’s reading lives. Here’s to the new writing already scratching to come out of the hatching shell.

It does have that feeling of coming to an end of a life stage, and wishing my characters well as they go out into the world. Hope the world will love and embrace them as much as me too.

I love your image of the “new writing scratching to come out of the hatching shell”. 🙂

Congratulations, Chris! Your passionate post has brought the characters to life for me also. Best of luck with the subs. Angela

Thank you, Angela, for your congratulations and good wishes.

My novel is very much about characters and their choices. I hope that I’ve given them life on the page too. They’ve a lot to live through at such a challenging time in history.