Isn’t it amazing how a little boost of possibility and creativity sends the imagination into overdrive?

A few weeks ago, I began to fret that I had no definite idea on what I was going to write next. Don’t writers have their next idea forming in their minds in the closing drafts of their novels, a little voice nagged? Where was mine?

Oh yes, I had an era I’m keen to explore. A couple of settings and a situation affecting a particular demographic I want to investigate, already suspecting a story hides there. But… Wispy thoughts – nothing tangible. Where was the brilliant, irresistible idea waiting to be written? The next bestseller! 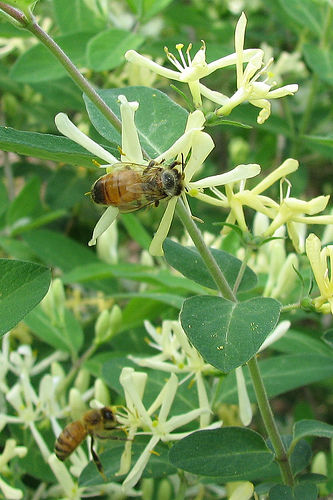 Then, out of nowhere – the magic begins.

I started to write down some ideas for a YA manuscript I plan to redraft – post an assessment – and those ideas swam into my head so fast I could hardly keep up with my pen. Next an idea I’ve been mulling for an historical YA novel kept interrupting, demanding space and attention, so I was madly writing those ideas down too. And then a story start, from months ago, put up its hand, shouting, what about me? Sending me possibilities, what ifs and maybes.

In the midst of all this activity I gave up thinking about my long length novel idea at all, only I did decide first I wanted to bring in a link to France because that’s where it all started. And what do you suppose happened next? A young girl popped into my head, introducing herself and her parentage and, of course, then she needed a name. I never like to write down ideas about characters without giving them a name, bringing them to life.

Named, the little minx started to tell me a story and…

I’m excited and brimming with ideas and possibilities and no time to write the lot because uni goes back tomorrow. Still, now I’ve plans and projects and pathways, and I love, love, love the creative process.

Once you open to ideas, they fly to you like bees to honeysuckle.

Love to hear about your creative process. Do ideas come easy to you? Or do you have to lever them out with a screwdriver? How do you know, it’s the one?

Yes Chris, it’s as you say for me too. Sometimes ideas, characters, settings, titles, the whole story or one a lost word simply drop into the top of my head.

Such a wonderful buzz and rush, isn’t it? What I love most are the times when they keep on coming and begin to grow and develop or take off on a tangent. 🙂

Hi Chris,
I write Kids books in a series and I find that new ideas flow on from previous ones.
The Rescue Kids picture books series have a similar theme but different characters and plots. I have future story ideas in my head for books 3 &4 but need to plan the details.
I’m up to writing Book 3 in the the Super Space Kids series and have the final ending and a few scenes mapped out.
I guess a better get cracking soon. Thanks for the reminder!!

Hi Karen,
Funny how those ideas breed and beget more. I find the same that new ones “flow on from previous ones”. Sounds like your series are well on their way. Great work and good luck with publication.
Chris

Hi Chris,
Lovely to read your excitement. It is amazing what a sort of soup our self-conscious is with lots of ideas simmering there.
Isn’t it weird when someone pops in your head as if they;ve suddenly landed there.
Hope the new story flies along.
Alisonx

Thanks, Alison, and for your good wishes. I love your analogy of the soup of our sub-conscious simmering away. The excitement of a new plot and characters bubbling is fabulous . Though for now they’re just warming and still very, very raw! 🙂
Chris

Great post, Chris. The general trend in my writing is that I spend most of my year developing and fleshing out ideas that mostly come to me in the summer holidays when I am relaxing with family. (Children are such an inspiration!) Once I stop stressing about deadlines and “shoulds” and just relax into the process, the gates open and ideas abound.

Sounds like your’s is a great, working process. I think it’s about “relaxing” and allowing the gates of possibility to open. Sometimes then those cheeky ideas are waiting right on the other side to come flooding in. I totally agree about children being an inspiration – a funny comment can be a plot starter. 🙂

Chris, I agree the minute you start writing, ideas come- if i’m not writing, ideas are endangered creatures- today I’m getting ready for a day of writing tomorrow and hope that ideas just flow!(and spill everywhere just like honey!)

I used to find when I got too busy with the day job, my creativity tended to fold in on itself into a tight little ball. (At such times I thought my ideas extinct.) May your ideas flow “like honey” today into lots of possibilities and intrigue.

Categories: My writing journey The Creative Process The Writing Life Where do Ideas Come From?