This week, as part of my Master’s subject Reflective Practice and Exegesis, we’re compiling a research archive. Instead of making it all about our WIP, we can focus on any subject, collection, or a theme of our choosing. 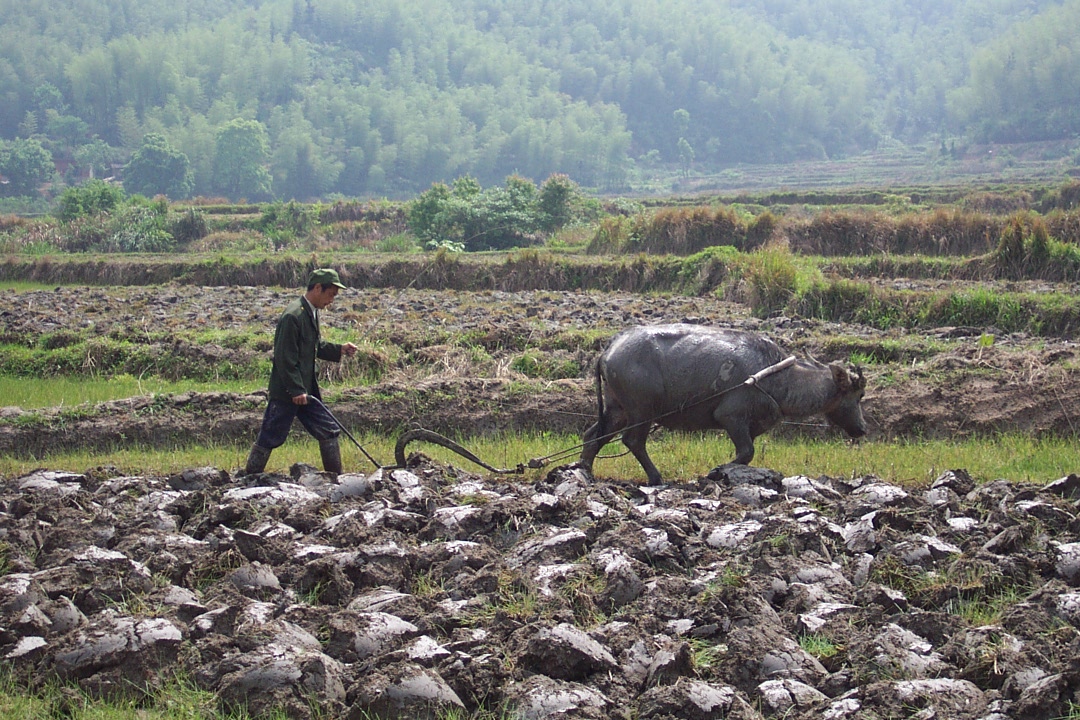 I’m using China – more specifically my 2006 trip to live and work as an ESL teacher – with a strong focus on how it influenced me as a writer, not to mention as a person.

I know I’ve far too much to include in my project. And that is a major part of the assignment – deciding the value of each piece and where it sits in the hierarchy of importance of the research. 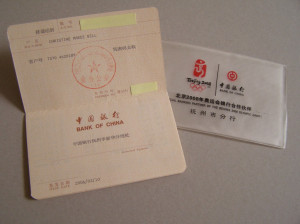 At first glimpse some things don’t seem so important, like the bank book. An item I’d take for granted at home, (if we still used passbooks) but my Bank of China passbook represented a rite of passage, making me, Chris Bell, a resident in China – accepted as a working teacher in a foreign country. A huge and significant shift in my mindset – not to mention one gigantic thrill. 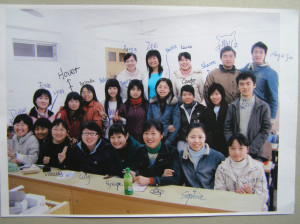 Class photos of my students, annotated with their “English” names, proved hugely important in connecting me to each of them as people. (The college’s choice to use English names – not mine.) The names came to reflect their personalities, despite a couple of girls who wanted to change their English name every class because they’d found a new name they liked “better”. (I did have to stomp on that practice with visions of  four classes times forty-plus students wanting to change their names every week too.)

A little brass pot, haggled for in the antique market by my fellow Aussie teacher is a prize I treasure, but where does it sit in the hierarchy of my research? Not so very high, as it turns out. 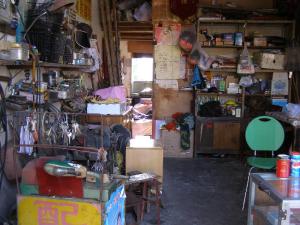 A photo of a key cutter’s shop near my apartment – hugely important. My fiction story The Key Cutter’s Grandson  was written and accepted for publication whilst I was in China. Photos from my day trip to what I thought was a centuries old tower (turned out to be a decade old) and the local “dog” market became major influences and storylines in a commissioned work for Pearson The Doublecross on my return from China. 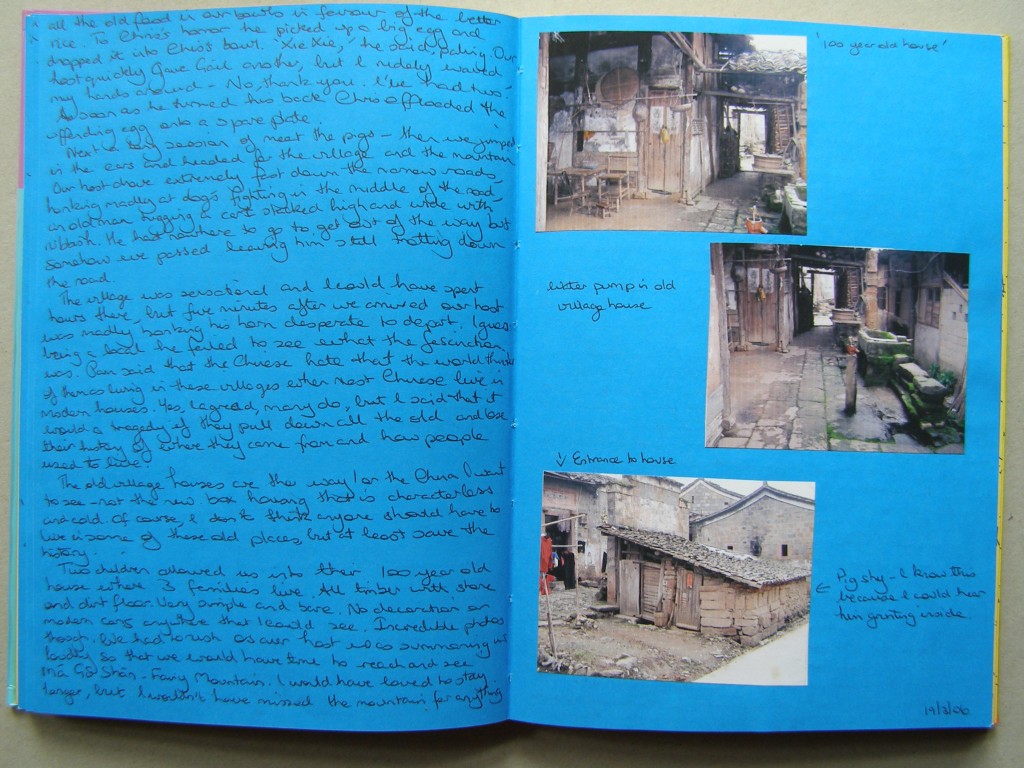 I think my most important research piece for this project – at this stage of my reckoning – is my journal. Begun on the day I made up my mind to go and teach in China, and written up every day of my time away, it’s a complete chronicle of the joys and thrills and challenges. A rollercoaster read for me even now. But I’m so glad to have it and it has to place high in the hierarchy of my project for the influence it had at the time and now. Insights, observations – many forgotten consciously – scribed between the pages, alongside snapshots of emails, receipts, tickets, letters, photos of what was at times, a fraught, emotional journey. (Leaving home and hearth, husband of twenty-five years [whom I married at tender eighteen], children, dog, parents and a country I’d never stepped out of – + alone – turned out to be quite a big, incredible deal.)

Just like in any writing research, it’s all about deciding what’s important to leave in, or leave out.

Where each item sits in the research hierarchy– it’s value – is exactly the same as choosing what merits going into your novel/or story and what doesn’t. The heirarchy and value system reveals how some things may have so much meaning or interest,  but aren’t necessarily good vehicles to show the journey/story, like my little antique pot. It’s about weeding out the things, you’d just really love to show because they’re so interesting, or fun, or you just happened to learn about.

I guess, it turns out my assignment isn’t all about fun and reflection after all.

Now I’d better start writing up some descriptions and formally valuing my items and assigning them their place in the hierarchy. Hopefully this lesson will enable me to avoid  being one of those authors whose done heaps of research and forces the reader to know it.

Meantime, I’ve loved looking back and seeing how the research and my lived experience has taken me forward as a writer and a person. I value all of it, but most would never make it into “the book”. 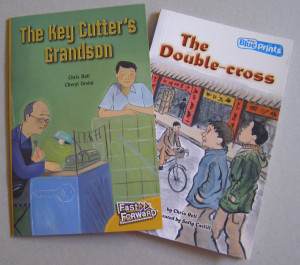 Thanks for sharing all of this, Chris. I can’t believe it’s that long ago.
Memories . . . so imporant and such a big part of our writing.

Memories are often the intangibles, can’t be classified into any hierarchy but filter and feed into our writing. Sometimes it surprises me to read back years later and see where a small whisper of truth/memory has inadvertently slipped into my writing without me even recognising it at the time.

(I can’t believe China was five years ago, or how vividly it all comes back to me. Time to go again. 🙂 )

Hi Chris,
I read your travel story and enjoyed your photos with interest.
Fabulous that you made a lived experience into a children’s book.
Congratulations :))

I loved writing both these stories that evolved through the settings, reactions, and sensory details of my experience. The storylines themselves are pure fiction, as are the characters. I did especially love imagining a story for my key cutter friend who, sadly, didn’t wish to be photographed. His little shop sparked lots of ideas though and what isn’t visible is the little sleeping area in the backroom and another in a false upper story with a rickety staircase.