Or what should be titled “The best conversation starter ever”. 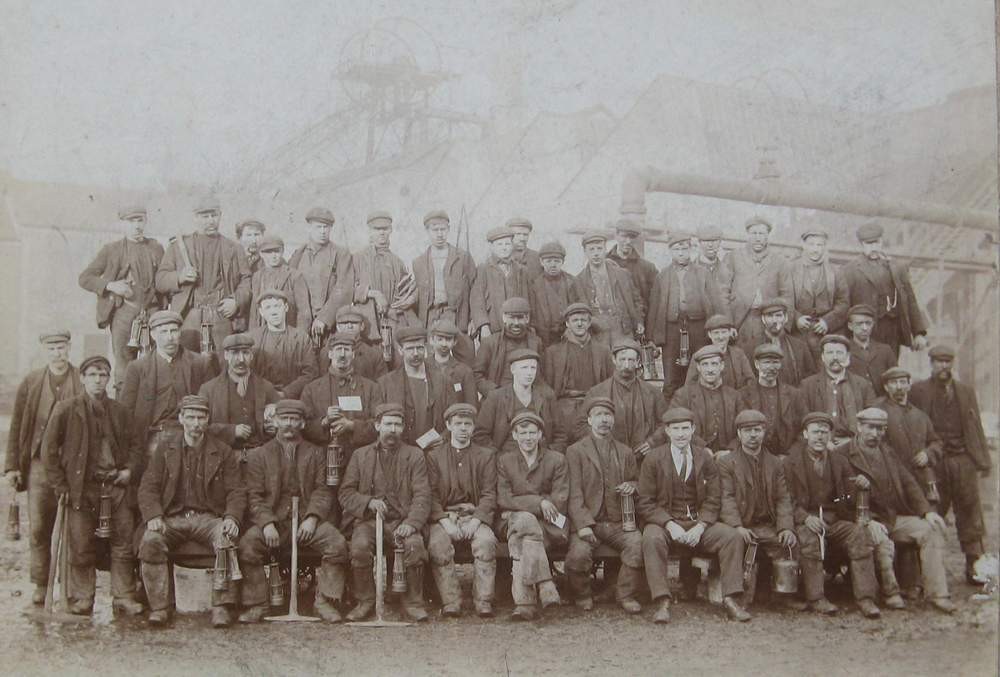 What began as a trip in 2008 to explore my ancestral roots, grew into a niggle that refused to be stilled. Perhaps weeks of researching my family tree and their migration from Ireland to Scotland and on to Australia placed me in just the right mood to be open to the teeming vibration of possibilities I found from the moment I began to walk through the reconstructed setting of the Wonthaggi State Coal Mine.

Writers will recognise that feeling – that stir – there’s a story here. I didn’t know what it was at the time. All I knew was – “it’s here”. And what a setting? What a history? What a backstory?

I couldn’t use my family story because, well, there wasn’t one. Okay, of course, there is a family background, a migration, of good, solid, hard-working people who flew under the radar and left little trace of themselves or their lives. Not in the newspapers, nor in diaries, or letters – nowhere it seemed of note. A lot of people ask if my novel is my family story. No, it is not. But it is their background, their journey and representative of lives lived in the early nineteen-hundreds, a time of mass migration to this country and the age of the coal industry.

I found little oral history to be told either, much as I quizzed my mother, imploring her to search perhaps missed grey areas of her memory that may turn up some trinkets of possibility. But no. My great-grandparents were battlers who got on with life, despite the loss of more than half their children at birth and in infancy, uprooting themselves twice in search of a better life for their family. They made no fuss or show of their lives and seemingly had no desire to record it. But their background, their journey to Australia, the places they lived, those details I’ve lifted and molded to my story. Some extras too, remembered from anecdotes told by my grandmother, embellished and expanded by Mum, have been woven into a work that is otherwise entirely fiction. But it is the small gems of truth that bring authenticity and texture to my story and were a great thrill for me to include beyond the more impersonal, yet invaluable greater research. 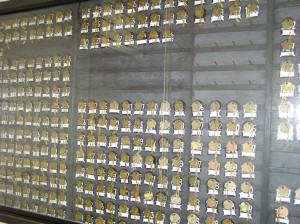 One treasure I did unearth during the research is the medallion I am wearing in the photograph at top left of this blog and reproduced below – No. 510. This is a replica of my great-grandfather John McConaghy’s miner’s token. Every time a pit worker went down the mine, he took his token off the board so that the mine management would know who was below and who to search for in the event of an accident. John’s number was 510 for all the eighteen-years he worked there. My grand-father, Ted Nash, who later married my grandmother (and John’s daughter), along with his four brothers all worked at the mine too, though most of them, including my grandfather, only briefly. 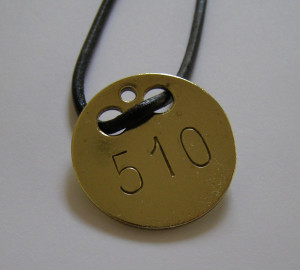 I wear the token on a strip of leather, often, and it never fails to amuse and delight me how often a stranger will ask me the meaning of the number 510, or what the medallion represents. I’ve had strangers ask on trains, in Melbourne Central, restaurants, the supermarket, even in London, who cannot keep their eyes from it, and I watch as their curiosity grows. They’re always intrigued with its background too. I’m often surprised how many people are connected in some way to the State Coal Mine in Wonthaggi or who’ve had ancestors working in coal mines somewhere in the world.

Just thought I’d share this gem and tangible link to my past and my story, which, to me, makes it all the more precious.

Lovely Chris. Absolute proof, that stories are all about us, hidden in tiny crevices or standing bold waiting for writers to take hold and run with them as you have with our tangible gem.

Yes, proof indeed. Spine tinglingly so. And the story continued to spark from the first word of the writing, through many drafts, till the final. And I suspect it’s not “done” yet. Well, it never is until a book is printed. And that will be an absolute gem I’ll treasure too.

My grandfather was a miner there too… and his story was/is phenomenal. For the past 15 years I’ve wanted to find a way to recreate it. Thanks for the inspiration.

That’s fantastic. Thank you for letting me know. Enjoy taking your grandfather’s story forward. It’s an amazing life to us coming behind, though, I’m sure, much harder and less romantic to those living it.

Chris, your story rang so many bells in my mind too – history is never a dry subject when you make the connection with real people from those times. How fantastic you have the token from your great-grandfather’s history – a poignant reminder of the sometimes terrible reality of a coal-miner’s life.

I agree, it’s the real people from a time that brings it to life. They inspire me so much. For this novel, even more so, because I can see the life my great-grandparents and grandparents lived. It was as if I could hear the whispers. That may sound stupid, but it’s just an era that really talks to me.

I also have a ‘real’ memento, I’l show you some time. A medallion given to my great-grandfather when he was leaving Scotland by his fellow workers. The first, the token, I treasure because of its significance and stories behind it, even though it’s a replica. The second, the medallion, because my grandfather wore it on his fob-chain until he died. I treasure them both. 🙂

Don’t you love history. What a wonderful keepsake to treasure Chris, I’m already imagining a story.

Yes, I absolutely do love history, Kay. Sounds like you do too. Looking through heritage houses, antique shops and old wares also bring stories to mind for me, just touching or looking at the objects and imagining the people who owned them and the lives they lived. Before I know it that character takes on life. Yes, I love history.

Thanks for your good wishes. Happy writing to you too.

Hi Chris, your story reignited the uncomfortable niggle I have every time someone mentions grandfathers and mines in the same sentence. My beloved grandfather and his 8 brothers (there were 10 in all – one girl!) actually began a coal mine here in Newcastle when some were barely teenagers, and owned 3 by the time they sold out when I was in my twenties.

I was always going to record that story in all its detail for my family, but sadly, he died before I got to it. The tragedy is that I ‘had’ time, I somehow just didn’t ‘make’ the time. It’s one of my greatest regrets.

Have fun with your story, it sounds like it’s going to be satisfying in so many ways. And yes, I just love it when you get that wonderful tingly feeling that a storey is a foot.

Wish I had it now while I’m supposed to be actually working!!! ! LOL.

Wow, Kerri. Sounds like a great sounding story there for sure. BUT, do try not to regret or feel bad. Life and time have a way of disappearing unaccountably. Later we may wonder why we didn’t find time for something that in the moment, for a multitude of reasons, didn’t take priority.

Be kind to yourself knowing that you were living your life, and jobs, family, children are way more time consuming than we remember later.

I’m feeling the tingle absolutely for my new story, though I miss the family connection that made the last one zing from before even beginning. The more I write though, the more the buzz is building.

Best wishes for you getting that tingle back very soon.

My grandfather waas also a coal miner in Huntly, NZ. We used to have his miner’s helmet. The medallion is a lovely reminder.

Aren”t all those connections to family and their lives in the past so precious? Though my miner’s token is a replica of the original bought through the State Coal Mine, it’s still a great link to my great-grandfather. I do have a very precious medallion presented to him “from your workmates” Glencraig 1912 when he left the mine in Scotland. Now that one is original and I wear it with delight and pride also, on his fob chain.

Categories: Inspiration My writing journey Research Where do Ideas Come From?