A bookshop worth travelling for – the iconic Shakespeare and Company!

Stepping into one of the most iconic bookshops in the world is an almost holy moment, whether you’re religious or not. And a visit to Shakespeare and Company was one of my ?must-dos? during my research trip to Paris. 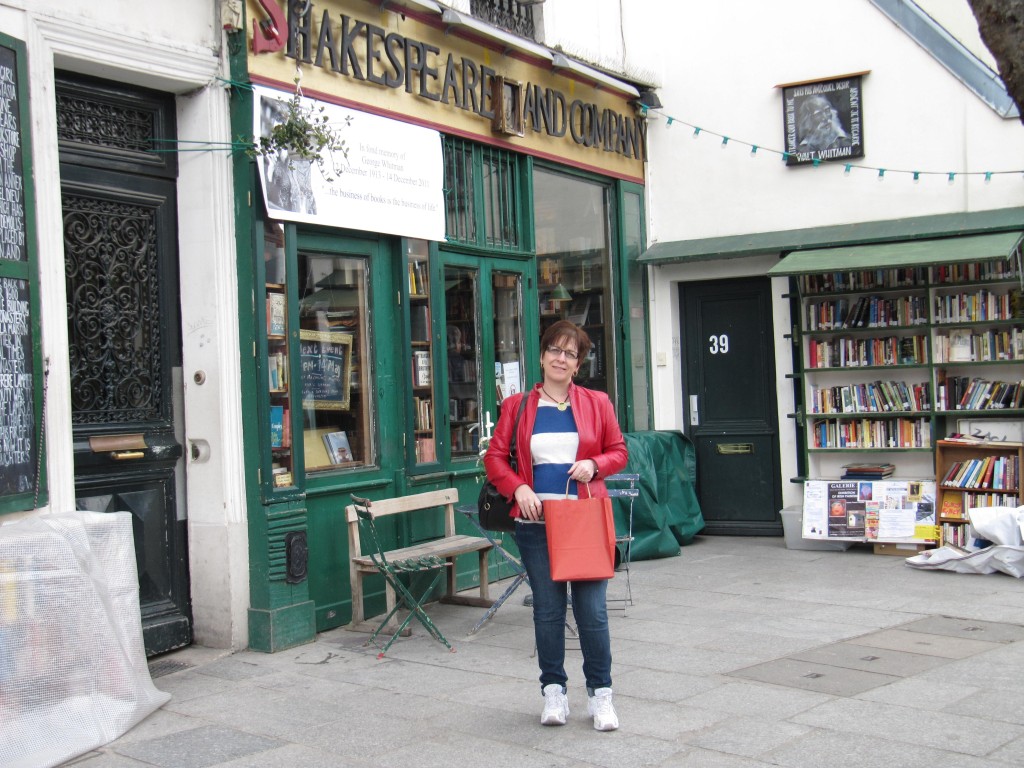 Shakespeare and Company bookshop has existed in Paris in two forms; the first was opened by Sylvia Beach in 1919 and frequented by such masters as Hemingway, Fitzgerald, Joyce and Ezra Pound.?The shop closed in 1941 during the German Occupation after Beach refused to sell a book to a German Officer. He threatened to return and remove every book, but hours later, thanks to Sylvia’s friends, she had emptied the shop of every book, painted over the front, and closed the doors permanently. The second store came into existence after Beach?s death in 1964 when George Whitman renamed his ?Le Mistral? bookshop, on rue de la B?cherie, in her honour. 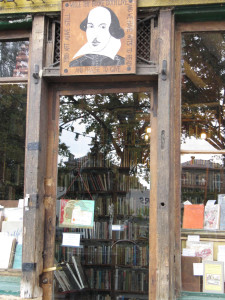 Whitman’s Shakespeare and Company, situated on the left bank opposite Notre Dame, also became an iconic cultural institution as bookstore, lending library and home to writers and poets, both published and not. Today, Shakespeare and Company is run by Sylvia Beach Whitman, George Whitman?s daughter, who maintains his creed allowing writers to live-in, read and write, ?in exchange for a couple of hours help a day in the shop.?(George died only recently in December 2011 aged 98.)

Books of every genre and description cram the floor-to-ceiling shelves and cluttered corners. Stacks of books line the staircase leading upstairs to the reading room and lending library ??available to the public to read ? including thousands of hardback biographies and histories.

Time poor, I didn?t get to attend a weekly reading or any of the frequent workshops or writers? meetings. It was enough to climb the narrow stairs to the tiny room available free to writing/reading groups and imagine myself with hours to spend sitting reading and absorbing the spirit of the great writers who?ve also visited such as Anais Nin and Henry Miller. I could so imagine curling up, notebook and pen in hand, writing in this space. Sigh!

The shop sells mainly literary and contemporary fiction, both new and used books, and offers an incredible selection of mostly English print books. (Though they do sell some Russian, Spanish, German and Italian.) I picked up several, restricted sadly by the weight limit of an internal flight, including George Orwell?s Down and Out in Paris and London and Fitch?s Sylvia Beach and the Lost Generation (A History of Literary Paris in the Twenties and Thirties ? both which I can?t wait to read. Especially since I plan to set a small part of my WIP in this era and these settings. Both books promise ?birds? eye views to put me in the mood and mindset of the day. Books like these are gifts to writers who can revisit the place but not capture the minutiae of ?moments so long past.

Another small book I bought and love is The War Poets, an anthology of poems from both World War One and Two featuring works by Siegfried Sassoon, Wilfred Owen and W.B. Yeats. (Pitkin Publishing 2009) Already I?m a fan of Sassoon, particularly the sincerity in the images conjured in his Died of Wounds and the reality of the last line. I hope you?ll love it too.

His wet white face and miserable eyes
Brought nurses to him more than groans and sighs:
But hoarse and low and rapid rose and fell
His troubled voice: he did the business well.

The ward grew dark; but he was still complaining
And calling out for ?Dickie?. ?Curse the Wood!
It?s time to go. O Christ, and what?s the good?
?We?ll never take it, and it?s always raining.?

I wondered where he?d been; then heard him shout,
?They snipe like hell! O Dickie, don?t go out’ …
I fell asleep … Next morning he was dead;
And some Slight Wound lay smiling on the bed.

In these days of too many?independent?bookshops closing, it was a joy to visit this thriving icon. We have no such delight located near to where I live, but if you have one of those rare gems in your neighbourhood that you can recommend, I’m prepared to travel. Just leave a few details or why you love your local bookshop in the comments.?

What a lovely post, Chris. I felt like I was there with you, tucked up in a sunny little corner with a precious, old classic with yellowing pages.
Warrandyte has its own eclectic second hand bookshop, right next to the Warrandyte Bakery.

I love the Yarra Cottage Bookshop, Corinne, and I’ve found some terrific research books there, particularly some local histories from different suburbs and Australian towns. I haven’t been there in awhile, but I must go back soon. All bookshops should have little nooks to sit in like S & Co.