Bushland Lullaby – Who’s in? Who’s Out? How did Sally Odgers decide?

Today, I’m very pleased to welcome to From Hook to Book prolific author Sally Odgers in celebration of the release of her beautiful new picture book Bushland Lullaby, illustrated by the very talented Lisa Stewart.

Sally is the awe-inspiring author of 300+ books and co-author (along with her husband Darrel) of the very popular Jack Russell: Dog Detective and Pet Vet series. Sally published her first book at nineteen and has kept busy ever since writing picture books, poetry, novels and multiple series. 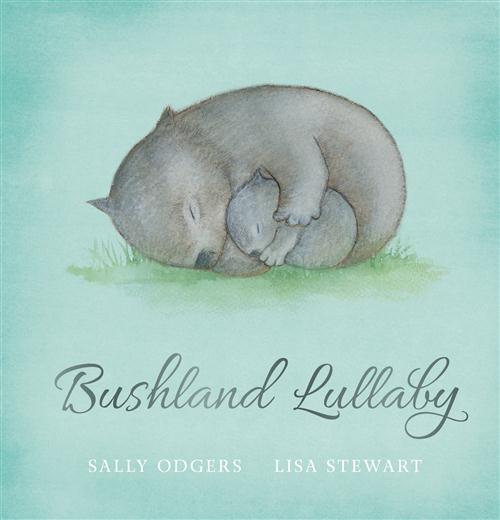 Since one of the major themes of this blog is research, I invited Sally to write her guest post about her research in finding and selecting the animals for Bushland Lullaby. I wanted to know what type of research is needed for a shorter book? And how she decided what to put in and what to leave out?

Welcome, Sally, and congratulations on your gorgeous new book baby.

Hi, Chris and thanks for having me.

Writing Bushland Lullaby was a joy, as it allowed me to use three of my favourite things; metrical verse, animals, the bush and word-play. Well, that’s four, but never mind.

I wanted to include a lot of animals in the text and the choice was difficult. I knew I had to use iconic Australians like the platypus, wombat, koala and emu, but I wanted to use less-expected creatures too.

In the end, I went for an eclectic mix of the very familiar and some others that might not immediately spring to mind. The first is the bandicoot. I am fond of “hannahoots” (that’s family-speak) so I had to have one of those. Next comes the possum, with which I have a strange relationship. I love our native ringies, but wish the brushies would NOT kill my plants and tantalise the dogs.

Crocs and goannas may not be to everyone’s taste, but they are true-blue Aussies, and remind me of trips to the far north.  The seagull and penguin chicks are possibly less obvious choices, but I wanted birds. I would usually have included a cockatoo, but this time I didn’t because they’re not restful! I went for a wallaby rather than a kangaroo because they are cosier somehow, and I often see them when walking in the bush. The fruit bat and dingo round out the slightly-unexpected because I have fond memories of the bats hanging like abandoned umbrellas in northern trees and I thought the dingo pups should be there as a salute to the newcomer-Aussies.

There were so many others I’d love to have included, such as quolls, betongs, bilbies, dolphins, sugar gliders, and echidnas, but length is always a consideration in picture books and the text had to fit the traditional format.

Another concern was for the illustrator. Lisa was the perfect choice for the pictures, but I didn’t  know who would be illustrating the text when I wrote it. I did, however, know that illustrators need something to grab hold of, and so I wanted the pictures to be sufficiently different. That meant I couldn’t include too many look-alike creatures. I did slip up a bit in the last verse though – I never thought to wonder how on earth THAT could be illustrated. Lisa worked out a wonderful way, though.

As for wording, I tried not to go for the expected words and rhymes. I don’t care for too-simplistic verse. One of my favourite stanza must serve as an illustration here; 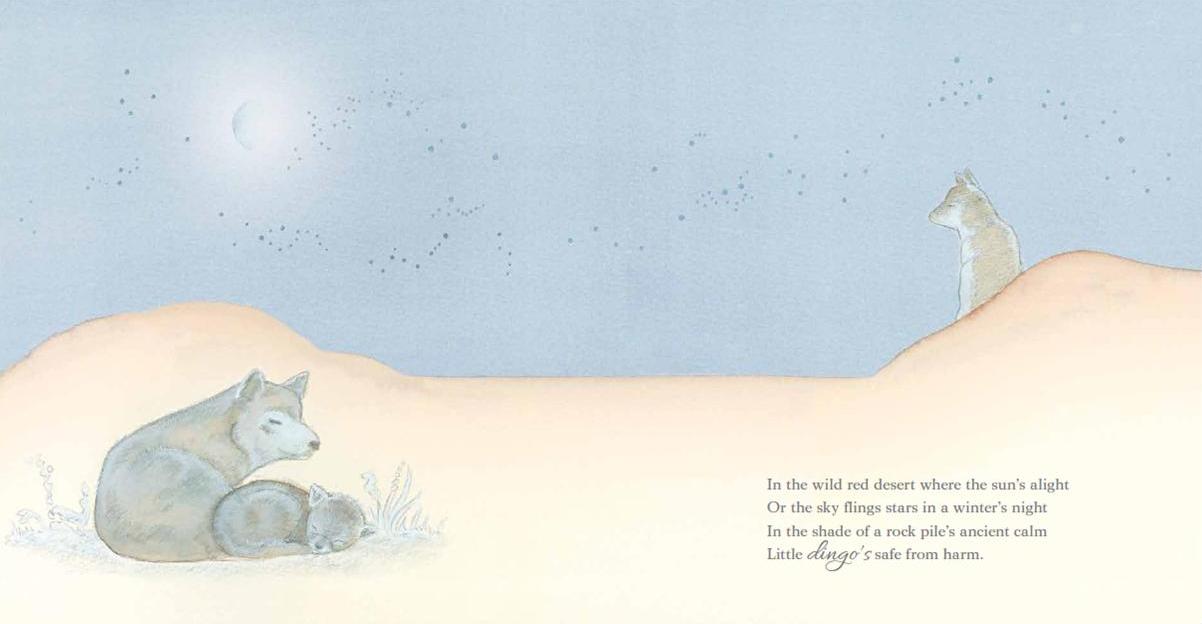 In the wild red desert where the sun’s alight

Or the sky flings stars in a winter’s night

In the shade of a rock pile’s ancient calm

And yes, choosing an aa/bb rhyme scheme possibly wasn’t the easiest idea I could have had!

Thank you, Sally, for sharing how and why you chose your bushland babies. It gives great insight into the collaborative relationship between author and illustrator, even with no discussion or meeting between them. Congratulations on providing such great scope for diversity of animals and habitats that reflects in Lisa’s wonderful illustrations. Children will love these bush babies and your gentle rhyme and gorgeous lyricism.

Comment to WIN: Sally is generously offering anyone who comments on this post an entry into a draw to win one of  her three PDF writing e-books. Simply state your title preference when commenting to win one of the following:

To celebrate the release Sally will be touring the blogosphere. To follow her tour and learn more about her writing tips and this gorgeous new picture book, click on the links below.

From Hook to Book – Chris Bell

Reading and Writing with Dale Harcombe

Fascinating post, Chris and Sally.
I loved reading why you chose the animals you did, Sally.
And the illustrations look beautiful.

It was fascinating to read of Sally’s process and having seen the internal illustrations too, I can absolutely say that they’re all beautiful.

Thanks, Alison. It was fun to think back.

Fascinating information, Sally and Chris – thanks for this interesting post on the new book. Congratulations, Sally – it will delight many a young reader (and the person reading it to him/her too!) 🙂

I absolutely agree with your comment that this book will delight both the young reader and the person reading it to him/her too. The lyrical use of language and mix of simile is divine and I love and admire the timelessness elicited by lines like “in the shade of a rock pile’s ancient calm”. They transport me.

Thanks, Chris. I react strongly to settings – even imaginary ones.

Thanks, Sheryl. You’re right- it’s handy if the reader likes a book as well as the readee liking it.

Great to read the ins and outs of why some animals and birds were chosen and I agree cockatoos are anything but quiet.

Thanks, Dale. It was an interesting challenge.

Thanks, Dale. I learned of a new animal in Sally’s post. I’d never heard of bettongs before. I looked them up and discovered they’re nocturnal and only found in the eastern half of Tasmania. They became extinct on the mainland early in the twentieth century. They’re cute little creatures that look like a cross between a large rat and a tiny kangaroo.

Perhaps bettongs are a great gap subject for another picture book, Sally?

Ummm.Wondering how something resembling a large red rat can be regarded as cute?

Oh, Alison, some bettongs on Google images are cute. In a ratty sort of way. Maybe not cuddly cute, but some had sweet faces. Perhaps the photographers used a soft focus lens. Or airbrushed their sharper features!

Thank you Chris for hosting Sally. It was great to get some more background on her as she’ll be our guest speaker at the next SCBWI Gathering which will be held in Launceston on October 6.

Great, Corinne. With over 300 published books Sally will no doubt have many insights and stories to share with SCBWI members about the industry and her experiences.
Chris

Thank you, Sally and Chris, for the wonderful interview. I was fascinated as I read through Sally’s choices about animals to include and the ones to leave out. There are so many fantastic animals. This could have been a very long book. Thank you for the insights into writing your beautiful book, Sally, and thank you for an interesting blog, Chris. I wish you success with Bushland Lullaby and your next 300+ books, Sally.
Love and Light,
Robyn

Thanks, Robyn, and great to have you drop by.

I think you’re right that BL could have been a very long book. So many wonderful animals to choose from with their own peculiarities and special abodes. When I read Bushland Lullaby it seems to me that Sally has picked the exact right animals and the perfect way to evoke each environ. I could read her lyrical rhyming prose for hours.