The Next Big Thing

I have been tagged, in the writers’ blog chain The Next Big Thing, by the lovely and talented Corinne Fenton. The idea is that one one writer tags five more writers to talk about their Next Big Thing (project) and then those writers pass the baton on so that we can read about what lots of writers are writing about. So here we go with my Next Big Thing. 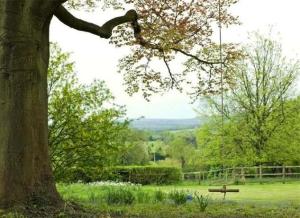 1)  What is the working title of your next book?

2) Where did the idea come from for the book?

The Swing Tree began as a passion project after a visit to the State Coal Mine, Wonthaggi, exploring my family history back in 2008. My Irish great-grandparents journey to Australia from a tiny pit village in Scotland cried out as a backdrop in need of a story and so began a four-year love affair that has taken me to my ancestors’ birthplace, down a Lanarkshire coal mine and onto the battlefields of France.

3) What genre does your book fall under?

4) What actors would you choose to play the part of your characters in a movie rendition? 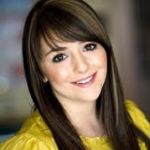 Hmm, a tough question, especially since my main character, Maire, is Scottish and I’m not so familiar with Scottish actors. During the writing of The Swing Tree,  I kept a photograph of the gorgeous Olive Thomas, star of the twenties silent movies, attached to my monitor as inspiration for Maire’s character.  I think today, young Scottish actress Jayd Johnson would make a fabulous Maire. I can see James McAvoy playing the role of Liam. He’s cute and cheeky, but he would also bring the hard edge to Liam’s character when necessary.

5) What is the one-sentence synopsis of your book?

A young Scots immigrant follows the lad she loves to the far side of the world only to find him much changed and herself no part of his plans.

6) Will your book be self-published or represented by an agency?

7) How long did it take you to write the first draft of the manuscript?

Eighteen-months for the first draft. The completed manuscript is now 120,000-words, but I would have written over 170,000-words during three years of writing, researching, rewriting and multiple drafts.

8) What other books would you compare this story to within your genre?

I think my story compares with the struggles of the characters in Gillian Mears Foal’s Bread and Geraldine Brooks Year of Wonders, showing ordinary people trying to carry on living ordinary lives in the face of extraordinary circumstances, adversity and changing times. Though my book is more a crossover to mainstream fiction than literary.

9) Who or what inspired you to write this book?

Beyond the visit to Wonthaggi (discussed in question two) and my love of history and the Great War era, my great-grandparents’ journey to Australia inspired me. That challenge and their courage in uprooting their family and lives, for a new start in a country so far away, ignited a passion in me for the immigrant journey, particularly one that occurred during a time of enormous change, especially for women. Beyond the parallel migration journey, the story of The Swing Tree is entirely fictional.

10) What else about the book might pique the reader’s interest?

I believe readers will be interested in the female viewpoint shown of life on the home-front during World War One as opposed to the more frequently portrayed male viewpoint and life in the trenches. Life in Australia during WW1 was quite different for women compared to wartime life for women in United Kingdom, where women were encouraged to take over the jobs of men, drive ambulances, work in factories. Here, women’s war effort was confined to knitting and sewing for the troops, unless they were involved in the Red Cross. This proved frustrating and ground-breaking times for women here attempting to expand their roles, yet, many women had to take on the role of breadwinner when the men returned “changed” and often unfit to hold down fulltime jobs. Shellshock was yet to be recognised.

The Swing Tree sounds like a terrific story Chris and I am looking very much forward to reading it one day soon – in book form. Great post too.

Thanks, Corinne. I’m hoping you get the chance to buy that copy one day very soon too.

Chris, you know how much I’m looking forward to seeing The Swing Tree between covers. And what an inspired choice for Liam. He looks just like I imagined him to be.

Your enthusiasm and critiques are greatly valued. Hope to reward them with publication soon.

I think James McAvoy would be fantastic too.

Categories: My writing journey The Next Big Thing Writing Writing a Novel