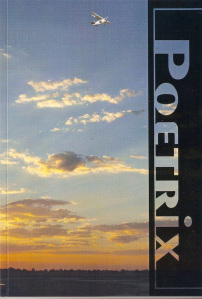 Saturday 1st June saw the birth of this new poet with the publication of my poem Life in the final issue of Poetrix. It was a thrill to see my first published poem in print and have the opportunity to read it aloud in front of poetrix peers and poetry lovers, all gathered to celebrate the launch of Poetrix 40 and herald its farewell at the Williamstown Literary Festival.

It was inspirational to hear the thanks of poets who read their work and how Poetrix gave many their first chance at publication too. Some said that first acceptance also gave them the confidence to continue submitting to both Poetrix and other publications and grow their body of work. 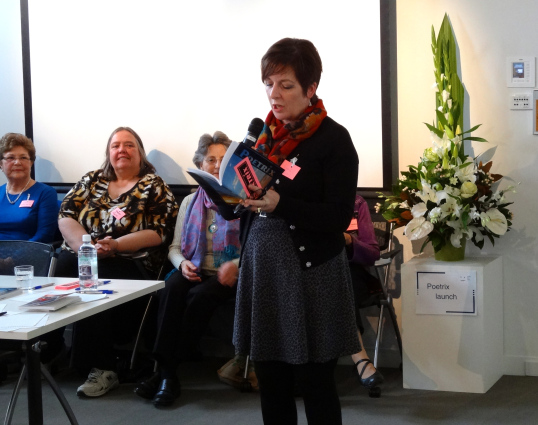 I am honoured for my poem to be included in this final issue alongside some powerful and beautiful poetry and some very well-known, well-published poets. I mourn the closing of Poetrix, just when I am just starting out, but none could argue that Sherryl Clark and her editorial team deserve a rest after producing two issues a year for over two decades. That’s a lot of reading, editing, collating and organising! 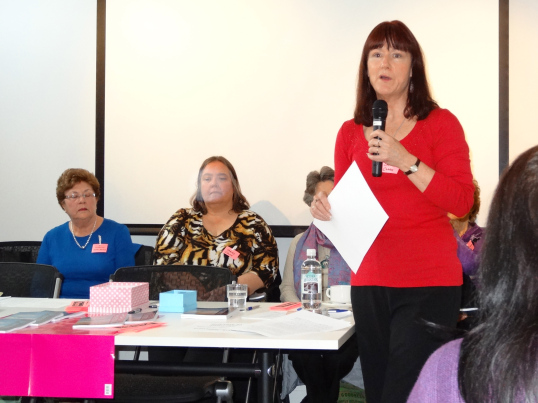 Poetrix has seen twenty years of production, the publication of hundreds of poems and the birth of many new poets. In her launch speech, Sherryl explained how Poetrix began in 1993 after a survey revealed the disparity between the numbers of female to male poets being published and reviewed, and after a reported slur by an editor who refused to publish women’s poetry calling their poems “domestic, suburban vignettes”. Western Women Writers went to work to remedy the disparity and through lots of hard work raised the funds to set up Poetrix magazine.

I loved Sherryl’s explanation for the logic behind the title – how if a female aviator is called an aviatrix, a female poet must be called a poetrix.

Thank you Poetrix for enabling my poetry debut and for the warm encouragement of those I spoke to on the Committee. Now to honour your faith by continuing to submit and hopefully see my poetry further published. And now, I can call myself a poet.

To the poetrix Chris, Congratulations on your poetic publication. What a lovely achievement. I commend you (and Sherryl for her dedication). Accolades are never diluted simply because of time or the evolution of opportunities. I am sure there will be other publications where your poems will find a home. Meanwhile, what a timely inclusion for you. 🙂 Dimity