Certain indisputable beliefs were planted in the minds of all television-watching children of the fifties and sixties raised on a diet of cowboy and wild west movies. And of course John Wayne. 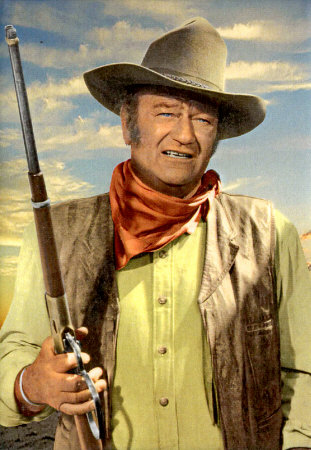 Settlers rode horses, carried guns, could shoot an indian off a hillside half-a-mile away and pick off their dinner prey with a single shot.

And that’s what I believed about hunting and shooting in colonial days. But it seems our forebears in Van Diemen’s Land – circa 1830 – were not blessed with the sharp shooters of the American wild west. They could neither afford nor had access to rifles or shotguns, their single option being to purchase the cast-off Brown Bess muskets of the British military. Even the military themselves could not afford to upgrade to the easier loading, more accurate rifled guns.

Muskets proved useless though to hunt wary kangaroos, wallabies and emus. The timid creatures, unused to white man and his weapons, were quite safe from the inaccurate Brown Bess, even if they had been curious enough to stick around and see what the noisy, long, hit and miss sticks were about.

Muskets work best at a range of no more than twenty yards (18.28 metres). Beyond that the hunter would be lucky to hit his target. Too close and there wouldn’t be much left to salvage for the cooking pot.

Settlers, convicts and bushrangers used snares to catch rabbits, which were populous already in Van Diemen’s Land by the 1820s. To go after larger game, they used dogs aka imported hunting hounds. Even the first settlers on the island, the aborigines, quickly converted their own hunting strategies to include the skill and speed of dogs. 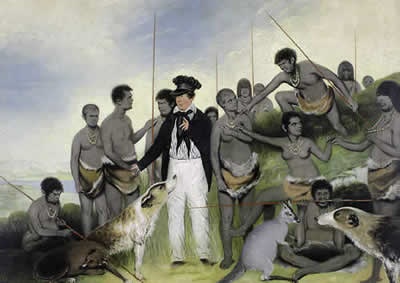 Native herbivores, having lived a previously dogless existence, bar the thylacine who it’s believed went in for a more ambush than pursuit attack, were no match for the speed and power of the dogs. The open grasslands of Van Diemen’s Land provided a perfect environment for the chase and few places to hide.

An interview with Dr Leo Laden (antique gun authority and owner of the Colonial Arms Museum in Perth) provided me with a detailed explanation on loading, firing and the range of the Brown Bess for my novel. Thanks to him, I’m pretty confident I could load a Brown Bess. Hitting a target, I’m not so sure about. But it seems even well trained soldiers were more lucky than reliable at hitting their targets in the Brown Bess era. Dr Laden explained how, to his disappointment, modern day movie reenactments of colonial life and war more often pursue effect rather than authenticity. I’m confident though, with his guidance, that I’ve got my story portrayal right at least.

Don’t you love writing in the days of the internet? Articles, experts, videos only a Google search away. Who have you interviewed lately? I’d love to know what you are researching?

How fascinating, Chris. I would love to see you loading a Black Bess.

Funny you should mention that, Alison. I am hoping to get the opportunity one day in the near future.
🙂
Chris

I’m always impressed at your thoroughness, Chris. Maybe you can teach me about loading a Brown Bess.

Oh, thank you, Liz. We can certainly run through the process.
🙂

That’s the great thing about writing Chris – it can take us or lead us, anywhere.
(I am still having trouble replying to your posts. I’v no idea why.) C.x

Thanks, Corinne, for persevering. I don’t know why replying causes problems at your end. I will investigate.

For me, the way writing takes us anywhere and everywhere is the magic.