As a writer of historical fiction, many an hour I’ve spent to great result in the State Library of Victoria, PROV and various local and overseas’ libraries. So it was dismaying for me to read a recent blog post on research, on a major, international writing website, that alleged researching your novel in a library is an “old school” approach. Excusez moi!

Many research rarities can only be found in physical libraries, especially unpublished manuscripts, obscure, old and out-of-print books, pamphlets, annuals etc. It is often in these that true gems can be found – through authentic, first-hand accounts and records, in the language and tone of the era. Many such items that I’ve utilised in my research cannot be bought or found online. So for me, Libraries Rule for Research. (Of course, Wikipedia, Trove and the internet are invaluable resources, and usually my first point of reference, and often the way I source some hard to find references. But it’s madness to count out the usually necessary attendance in a bricks and mortar library required for certain aspects of research.) 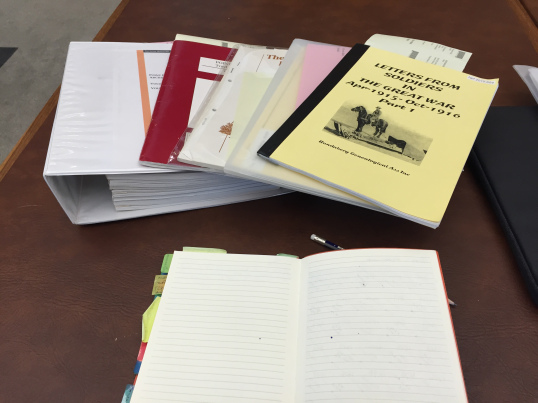 My first YA historical novel idea originated while rummaging in an antiquarian bookshop, where I turned up a small volume that had been published as a result of a much longer PhD written in the 50s. The moment I opened it, I thought, ‘there’s a story here’. 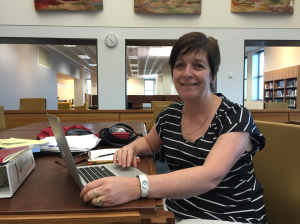 So it was one of the highlights of my research and writing life recently to visit the National Library of Australia in Canberra on a fact finding/checking mission and finally have the chance to view the full manuscript of that original PhD. A copy, yes, but the text in its entirety. Oh, the prickles of anticipation as I carefully leafed through the precious pages. I know the place of subject so well in my mind, it almost came to life in front of me.

What an amazing place is our National Library! One of inestimable resources within its totally 21st century, digital age, tech savvy environs, and a fabulous example of research the modern way. I pre-ordered all my materials online from Melbourne on the Sunday and arrived on the Tuesday to find them all ready and waiting for me. I then had opportunity to source further material for two other novels and access and download several academic papers and articles I’d not seen or known of previously through the database.

I wondered if it was just me who felt a buzz of expectation in the air, despite the quiet of the surroundings and studious attitude of my fellow readers. I don’t think so from the avid looks on the faces poring over piles of books, magazines and exciting packets of papers. Still it did not equal the hum in the Special Collections room where readers and researchers dipped into cardboard boxes offering up manuscripts, maps, collections of letters and all kinds of ephemera – present and past. (Yes, I was guilty of a little sticky-beaking on my way past – strictly in the name of research for this post, of course!) 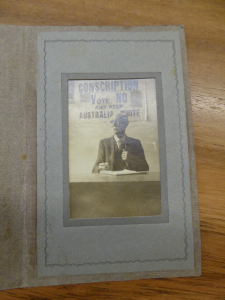 I found an unexpected treasure trove myself, sharing my PhD manuscript box: a bounty of letters, cards and periodicals belonging to a politician from the exact era of my current WIP. Imagine my delight when I brought them out and found letters dated 1916, written by a politician discussing the conscription referendum. A serendipitous bounty!

So after falling a little in love with the NLA, I was extra delighted to have been asked, just the week before my visit, if I would permit the NLA’s PANDORA Web Archive to archive my blog From Hook to Book for posterity.

“PANDORA, Australia’s Web Archive, is a growing collection of Australian online publications, established initially by the National Library of Australia in 1996, and now built in collaboration with nine other Australian libraries and cultural collecting organisations.”

The name, PANDORA, is an acronym for: Preserving and Accessing Networked Documentary Resources of Australia.

I feel particularly honoured to have From Hook to Book included in the archive, considering Pandora state in their manifesto, they “select those (websites) that they consider are of significance and to have long-term research value”.

So now it’s time to return to a more regular blogging schedule – inspired – after taking time-out over recent months to prioritise my WIP. I can’t let posterity down.

A lovely blog post Chris and lovely news too.

Thanks, Corinne. Always lovely to be appreciated. 🙂 And, hopefully having something worthwhile to say.
Best, Chris

Thanks, Liz. Considering some new topics as I type.
Cheers, Chris