Inspiration, Imagination and an Operation

I’ve been thinking a lot about inspiration and imagination of late. This has been an unusual year for me, as it’s mostly been taken up with editing and rewriting and not a lot of new writing. After a spinal surgery last December, I gave myself time out to rest and recuperate, but back then I had no idea how long it would be before I’d get back to my WIP, or started on my new adult novel project or even how neglected my blog would be since then. 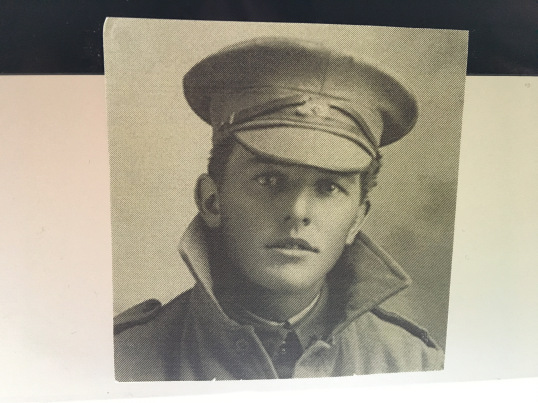 Then, while researching the new novel, Hugo turned up. In truth, the name of the young man pictured above is not Hugo. I will share his real name and shattering story another day, but for now this image (blu-tacked to my Mac screen) represents my protagonist in my new adult work. His deeply expressive eyes drew me in and in short time the character has become real to me. The voluminous research has sparked so many ideas and every day I add more to my story map. The excitement and pull to begin writing is electric. It’s like an adrenaline shot that I’m sure all creators experience. It’s made me think a lot about inspiration, imagination and what helps us create place and people when we’re not out in the world physically scouting settings or spying on Joe or Jillian Public. 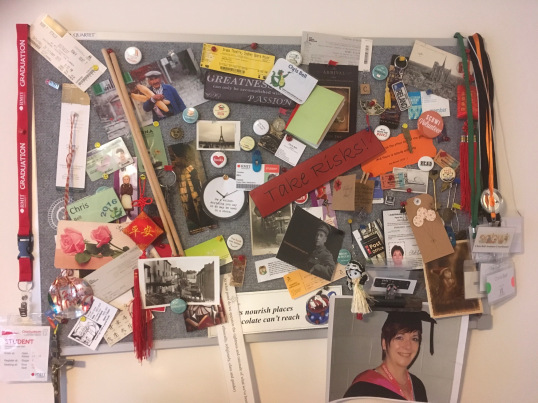 Sitting at my desk, I’m sure, like other creators, I’m surrounded by ephemera deeply connected to my writing life. The bits and bobs, I’ve collected over time that resonate with my stories and ideas, but may look like an assortment of oddities to anyone else.

My fascination for the Great War and post-war years continues and is probably the reason my inspirational touchstones have not changed much over recent years. Though I was almost sorry to roll away my rabid gang of 1830s convicts that served as evil inspiration while writing (my war-based exception) a YA historical convict era novel. The sometimes defeated, sad, ugly, vicious, devastated faces of these men filled my dreams some nights and I’m sure gave rise to traits in one or more of the vile characters that I’ve been told I write very well. Not sure what writing them says or reveals about me. 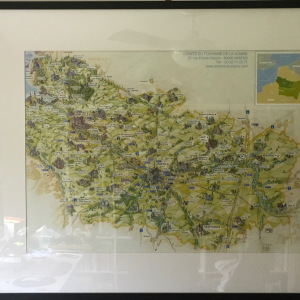 I’ve now returned to a large wall map of the Somme that I bought during a trip to France in 2012. My research at the time was not as in depth, as the novel I was writing was set largely in Australia. I couldn’t have imagined then the significance of that battlefields’ visit or the excitement of the story idea that has emerged since.

The shrapnel and rusty wire pictured were retrieved from the edge of a field on the roadside by our guide. I debated whether it was somehow wrong to remove them, but accepted after I was assured that farmers are digging up shrapnel, bits of barbed wire and WW1 relics all the time and that the soil of the Somme will probably never be rid of it. Just as it still gives up a body, or rather skeleton, on occasions.

The small pebble (at left) comes from the banks of the Strathclyde Loch in Strathclyde Country Park, Motherwell, Scotland. Undoubtedly, it was brought in for the construction of the park, long after the pit village of Bothwellhaugh was removed and the paths my great-parents trod, or stones they skipped in the River Clyde, had long gone. But it connects me to them and to my story, the day I stood on the water’s edge writing a scene that refused to wait for me to get out of the lightly, misting rain.

The silver miniature of the coal miner with pick axe came from a shop in a museum in Scotland. It reminds me daily of my great-grandfather and the life he and my characters, Liam, Joe and Da led.

The little steam engine came out of a Kinder Surprise™ many, many years ago. Somehow I still have it, and it has become a touchstone to my great-grandparents journey from Scotland down to catch the steamship at Tilbury Dock, along with my character’s journey, and my own steam train ride through the Yorkshire Dales where I crossed the same spans of the Ribble Head Bridge in 2015.  (My blog banner at the top of the page features my photo as we’re about to cross that amazing bridge.)

I bought the decorative horse brass (at right) from a small, cluttered craft shop at Land’s End in Cornwall. The pit pony and miner on the cart practically jumped off a pile of dusty similar brasses as I passed, which items tend to do when I’m travelling and/or in story mode. They seem to find me as often as I find them.

I wonder, what’s your inspiration?

All those precious objects, big and small, are such wonderful writing fodder. Let them lead you to where the story needs to go.

They really do help me connect with my story world. When I close my eyes and hold the shrapnel pieces in my hand, I can get a bit emotional. A couple of times, I’ve had to set them down as they brought up such images in my mind. The bonus and bane of an active imagination and lots of research.

So interesting, Chris. Thanks for sharing. Given I write genre fiction, my inspirations often come from other novels I read and shows I watch on TV and movies, as well as mythology and faery tales I grew up with and have read and studied. I also have some different dragons on my desk and a dragon egg crystal, as well as a painting of a snow-laden forest and river all silvered and shadowy that suggests stories and histories in its depth – I like to stare at all these when I’m writing.

Thanks, Leisl. Love “suggests stories and histories in its depth”. And the good things is, even when we’re staring, we’re working.