Permission to Write Crap and Crap on!

It’s time for me to get back to blogging, but, from now on, without always spending hours researching or pedantically connecting all my posts to serious writing subjects, which takes away from real, actual writing time.

At the beginning of a new novel project real writing is top of my agenda.

At least that was the plan until I sat down to start and out poured a pile of… clunky, flat sentences, sour similes, in scenes seemingly going nowhere. 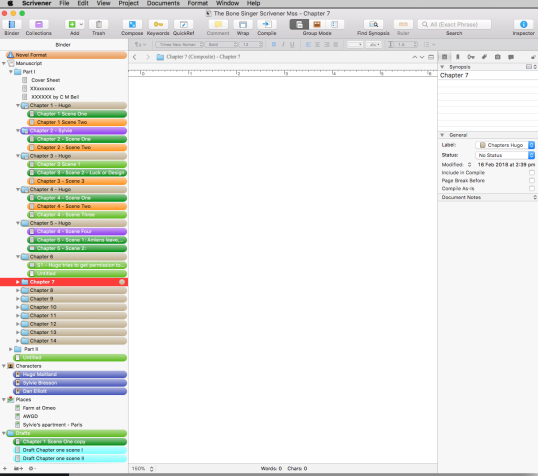 OMG! What had happened to the joyful act of writing that I remembered, the excitement and thrill of the perfect word or sentence appearing on the page? Dialogue that my characters had no trouble giving voice to?

Oh yeah, that was writing my last novel, of many, many drafts! Long contemplated, researched, workshopped, drafted and redrafted, edited and at last complete, and where for the longest time I’d known where my characters were going and why and what they were doing. In essence, working with a tame, respectable, easily approachable and beloved friend. 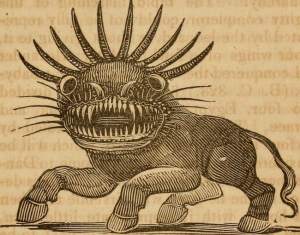 Starting a new project is more like opening the door to an unhouse-trained, ill-behaved, messy, unrecognisable, often traitorous beast.

“There is no beginning that is a blank page,”  Amitava Kumar

The prospect of that blank page and beautifully set-up EMPTY Scrivener mss file became mind-boggling and scary and confidence crippling. In my panic, and procrastination, I buried myself in research. It took me awhile to work out that really I was just avoiding the blank page. I began to think I couldn’t write. My idea was crap. No-one would want to read it. And what did I know about Paris post-WW1 anyway?

“Creativity is always a leap of faith. You’re faced with a blank page, blank easel, or an empty stage.” Julia Cameron

Then I remembered I didn’t know much about pit villages in Scotland, early 20th century immigration, WW1 or shellshock until I began to read and research for my previous novel either.

Most importantly, after initially freaking out, then giving myself a stiff talking to, I recalled some sage advice from the wise pen of Ann Lamott, author of the popular writing book, Bird by Bird. “Writing is not rapturous. The only way I can get anything written at all is to write really, really shitty first drafts. The first draft is the child’s draft, where you let it all pour out and then let it romp all over the place, knowing that no one is going to see it and that you can shape it later.” Just what I needed to hear. And action.

“I have done, this year, what I said I would: overcome my fear of facing a blank page day after day, acknowledging myself, in my deepest emotions, a writer, come what may.” Sylvie Plath

Three weeks after giving myself permission to write crap, in fact insisting I write crap, if that’s all that hit the page, as long as I bloody-well wrote words, my word-count has grown by more than 12,000-words. After some further prodding and poking (editing), because I had actual words to work with, I can now see where my story is going. The tone and voice are developing and beginning to ring true. Scene by scene I’m getting to know my characters and their world. I’m beginning to really like my MC and love again the act of writing.

Of course, I’m not alone in fear of the blank page. It’s still scary at times, but I wouldn’t ever want to do anything else.

We all wrote shitty first drafts. I am right back at the beginning too. It is excruciating. But what you brought to writing group last month was NOT crap. So launch yourself into the messy business of drafting with confidence!

Thank you, Liz. I’m really happy and much more confident with how the ms is progressing now. The early getting into it was certainly excruciating and with so much to learn about the post-war situation, steps tentative at best. But I can see where it’s going and what it could be. Of course, it will turn out entirely differently once my characters start to truly have their say!

Ain’t that the truth! Happy discovery. I look forward to hearing more.

You undoubtably will be hearing more for quite a long time yet, Liz!

We all have to write crap to get to the good stuff, Chris (although, I’m sure your crap isn’t as crappy as some of the crap that comes out of me!) I know from experience it is a bit of a shock when you’ve been working on an ‘old friend’ for so long and then turn to something new. But it is fun too – all that unknown to discover. Thrilling.
I’m looking forward to reading your new novel – it sounds so amazing.

‘Even your “crap” comes out pretty damn good, Leisl.
Beginning was a bit of a shock, especially needing such a different voice from TST and setting, but, in the end, it was like it always is for me, with anything in life, once I dive in and do it, it’s never as hard as I feared.
Still I’m glad to be over the initial hurdle.
Look forward to sharing as it progresses.

Yes, I agree with all you have said Chris and sometimes you’ve just got to get down and write and stop yourself from second-guessing and editing as you write. A great post. x

Thanks, Corinne. That second guessing can be as crippling as editing as you go. But I’m glad to be on track now and the fingers flying. x