Well the book part of the journey From Hook to Book is coming real now. Lots has been happening of late.

Quite fortuitously, an overseas trip – May/June – meant I didn’t have time to fret over what the first round of edits on my manuscript might reveal. Sadly for the editor, who became ill, but fortunately for me, the edits arrived a few days later than originally scheduled, giving me time to recover from both my travels and jetlag.

I was much relieved to discover when the edit did arrive that it was not going to be half so onerous as I’d begun to imagine. Lots of wonderful feedback and suggestions. The novel though is written in a unique voice and, it seems, often ‘unwieldy syntax’. (I did know this, however the syntax is a big part of what makes the ‘unique’ voice of the novel.) So I’m sure it was quite a challenge for the editor to have to balance the fine line between readability and messing with the voice. It was a slow process for me to interrogate every one of the suggested language changes, several times, to ensure that the voice did not become inconsistent. It was quite a give and take operation. (And I mean me agreeing, then switching back to the original and sometimes back again.)

Now that the first round edit has been returned, from what I can tell, between the manuscript, the editor and the fabulous team at Ventura/Impact Press, I think it’s going to be alright. In fact, the book may even turn out to be pretty damn good!

So onwards to the next stage, (before round two edits arrive). This next stage firstly entails a change of title. My novel has been called The Swing Tree for a very long time, so when a change of title was flagged, it was a tad disappointing even though I’d always known it was a possibility. However, I totally understand and appreciate the publishers’ reasoning behind the need for the change. I won’t explain the whys and wherefores and give away too much about the story, but I quickly came around to the publishers favoured choice, No Small Shame. This title was ‘stolen’ (in their words) from one of my chapter titles and I now agree No Small Shame is quite catchy.

It’s wonderful to hear a new perspective and to have fresh eyes that know the market.

Which brings me to the next big but small change: my author name. I’ve often wondered when it came time to publish my adult titles, should I do so under Chris or Christine Bell. Back when I was first published, as a writer for children, it was considered better for me to publish as the ambiguous ‘Chris’, as boys (who were often my main characters too) were reluctant to read female authors. I’m not sure whether that’s still a thing in children’s publishing, but today it’s important and necessary to stand tall as a woman writer. Ventura Press, my publisher, are a feminist press and ‘love to champion female authors and female voices.’ They too thought it would be great to put Christine Bell on the cover. I’m totally happy and up for the change. I think it will translate better visually on a book cover too. I just hope I don’t ignore the speaker or think I’m in trouble when someone new talks to me in the writing world as, usually, I’ve only ever been called Christine when I’m in trouble. I answer to many things, Chris, Kitty, Chrissie, but Christine will be a new part of my journey From Hook to Book.

Since I don’t have a cover to reveal quite yet, I’ll share a few favourite pics from my recent trip instead.

Ps: OMG! Did you know you can walk on the rooftops of the Milan Duomo? 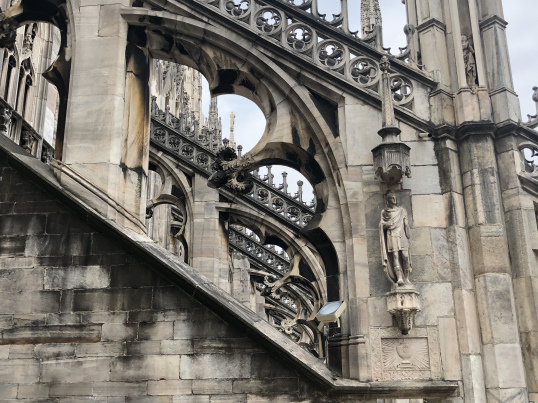 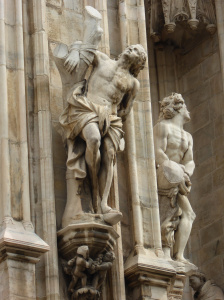 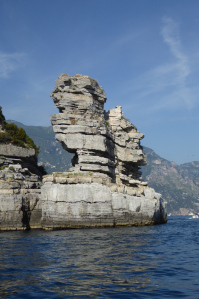 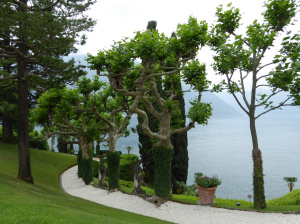 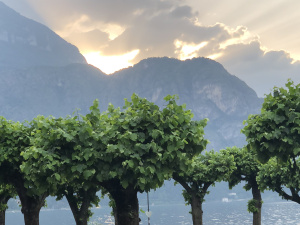 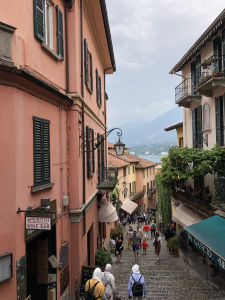 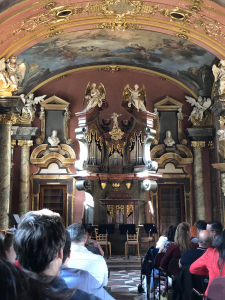 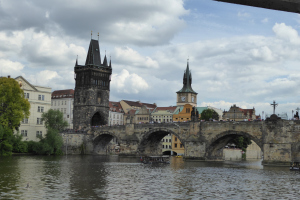 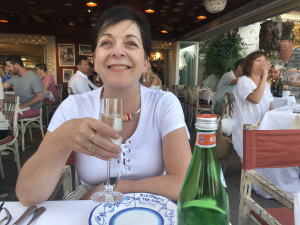 I think the name ‘No Small Shame’ sounds fabulous! Lovely photos- is one of them Bellagio- love that place!

Thank you, Marjory. Yes, the one you’re thinking of is indeed Bellagio. We loved it too and Lake Como. A beautiful part of the world!

I, too, loved the title The Swing Tree, but we have to do what’s best for the book, don’t we? I hadn’t thought about how Chris vs Christine would look on the cover. I think it’s the right choice.

Those who knew the novel as The Swing Tree, all will recall it as that, no doubt, Matt. But I think No Small Shame will work best ultimately.

It was once I started to envisage covers (you know, the practice ones we play with and dream?) that I started to think that, visually, Christine would work better.

Hi Chris, I think both changes are the right ones and changed for the right reasons. All so very exciting and so well deserved. x

Thank you so much, Corinne. And for your belief and support, both personally and on FHTB. x

Hi Chris, it must be so exciting to see your book coming ever closer to production. The new title sounds great and I am sure it will do well!
Sometimes hard to accept your full name but Christine Bell has a lovely ring to it.

Hi Fran, yes, it is very exciting to go through all the processes and see it coming together. I’m excited to see the updated cover design soon. Thank you for your comment and enthusiasm for the new name. I’m getting used to it, in the written form. I’ve yet to really be called Christine! 🙂